In Canada, they discovered a dinosaur with a protective “camouflage” 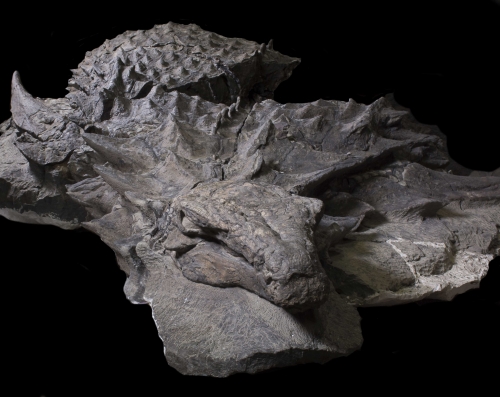 Scientists reconstructed the external appearance and characteristic coloration of a previously unknown species of dinosaurs, called Borealopelta markmitchelli. Remains of a length of about 5.5 meters are perfectly preserved. Despite its large size, this dinosaur was an object of predator hunting. Researchers came to the conclusion that the protection of the animal served as a special “camouflage” pattern of its scaly skin.

The remains were found in 2011 in western Canada. Years have gone to clear the hide of the animal from marine sediments – millions of years ago this area was occupied by the sea. Marine deposits and preserved the dinosaur in excellent condition.

The animal belonged to ankylosaurs – dinosaurs, whose skin was covered with hard bone “scutes”. These scutes are still well distinguishable, and scientists have been able to restore their shape and location on the animal’s body. Chemical analysis of tissues made it possible to reconstruct the reddish-brown color of giant scales. The pigments themselves are not preserved, but scientists have found “by-products” of their formation. In particular, the molecules of benzothiazole allowed to know about the presence of the reddish pigment of pheomelanin. 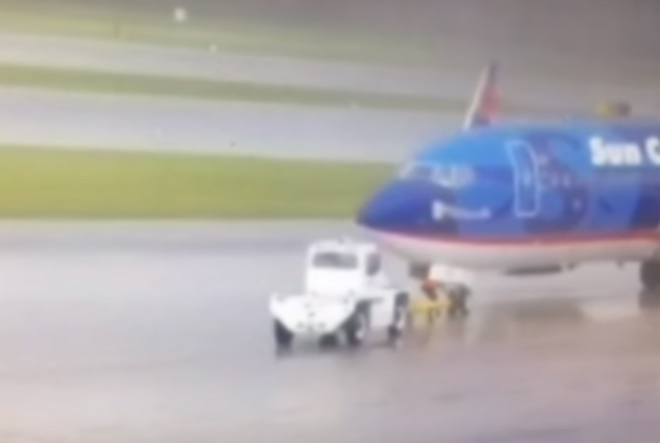 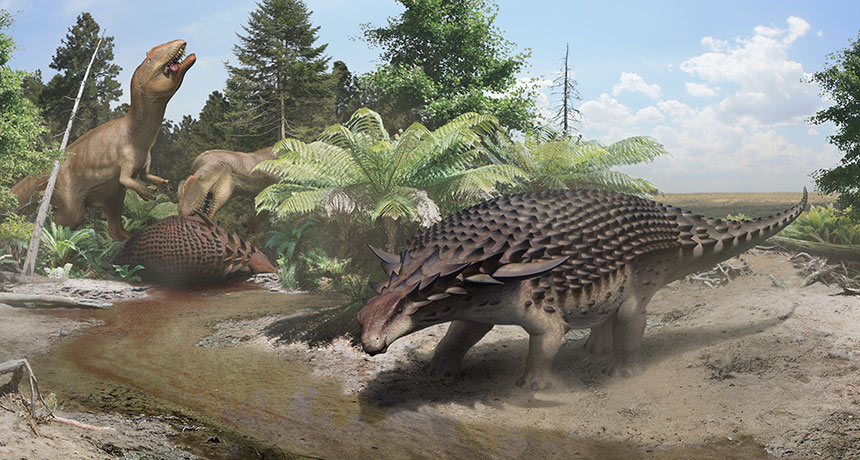 Reconstruction of the dinosaur, ROYAL TYRRELL MUSEUM OF PALAEONTOLOGY

The dinosaur’s belly was lighter than its back. This type of protective coloring is found in many animals – both ancient and modern. Scientists believe that the uneven skin color appeared as an adaptation, allowing the dinosaur to hide from predators. The age of the remains is about 110 million years – this is the middle of the Cretaceous period. During the Cretaceous period, the earth was inhabited by pterosaurs, multi-meter theropods and huge crocodilomorphs of sarcough. Many of these animals were dangerous predators, and their size allowed to hunt relatively large herbivorous dinosaurs.

Assumptions of the presence of “camouflage” in dinosaurs have been done before, but his evidence for such a large dinosaur was found for the first time. According to the authors of the paper, the protective coloration suggests that predators of the Cretaceous during hunting relied more on sight than on hearing. To confirm or disprove this hypothesis, further research will be required.