In China, a robot was recruited by a cook 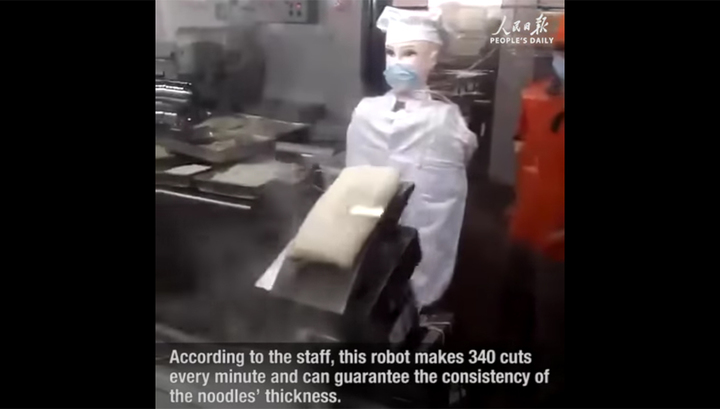 Representatives of the South China Agricultural University in Guangdong Province have found an effective way to attract students to the local dining room. They put the robot cook, who cuts noodles at a speed of 340 beats per minute, to the plate. On the first day of work the android cooked 400 servings of food, reports The Star Online.

In the frames below, it is captured how the robot cook works. A representative of the university named Dong said that the management of the university had worked out a plan – in the local canteen, previously not very popular, now lines of students are being built.

It seems that robots are gradually becoming a part of people’s daily lives. Earlier it was reported about the robot actor, robot-dog and android-woman, who joked that she would soon capture the world.