In China contributes to the release of personal combat robots 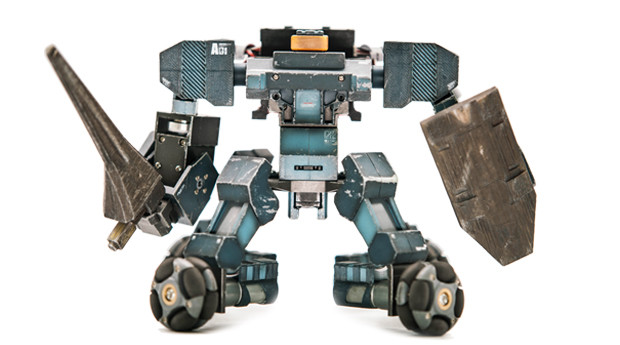 The issue of personal combat robots plans to establish a Chinese startup Ganker. Campaign fundraising, he published on Indiegogo and has already raised 65% of the required amount. Early investors can get your personal fighting robot for $ 249 U.S. (16 380 rubles).

Each robot is composed of nine joints, which are driven by servos. Feet replaced four chassis according to the developers, this provides greater stability and allows the robot to move in any direction.

Fighting robots will be used for matches. The goal is not to bring a competitor down, and inflict as many blows on specific points (for their fixation uses special sensors). Robots are armed: in the Arsenal already have spears and swords. In the future there will be infrared lasers and shields.

To control the robot will be possible with a smartphone or tablet – will be the version of the apps for iOS and Android. Signals robot transmits and receives using the built-in Wi-Fi adapter.

Why each one costs only $ 249, and for the organization of production of 50 thousand enough? The fact that the height of each robot is only 20 cm, and weighs about 1,5 kg. of Course, from the real enemy, they will not protect, but cool to spend time will help. By the way, you can order not one robot, but two, as well as options with extended arms. And developers have created a map where you can find the enemy.