In China, discovered an ancient jug with an unknown liquid 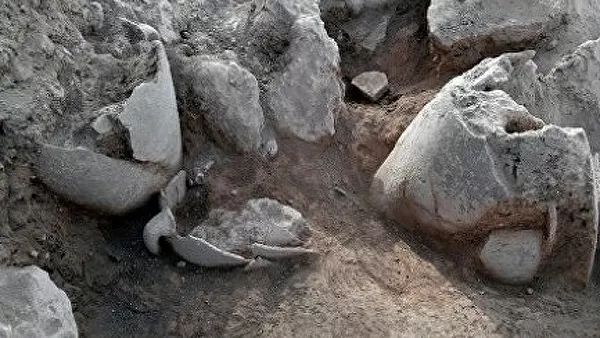 Chinese archaeologists have discovered a 2000-year-old bronze jug in a tomb in the town of Sanmenxia, ​​Henan Province, XINHUA News reported.

The jug’s decorative elements are a goose’s head and neck, an unknown liquid inside.

The tomb was found during the reconstruction of slums in the city of Sanmenxia. Based on the results of the preliminary analysis, experts believe that it was built during the end of the Qin dynasty – 221 – 207 BC and the beginning of the Western Han dynasty (before 8 AD), said Zhu Xiaodong from the Sanmenxia Institute of Cultural Relics and Archeology .

According to him, an official may be buried in the tomb.

In addition to the bronze jug, they found a cauldron and bowls, iron and jade swords and other relics.

Unidentified liquid is yellowish-brown in color, a lot of impurities precipitate in it, testing for specific components is underway.