In China, discovered the ancient pyramid and places for sacrifices 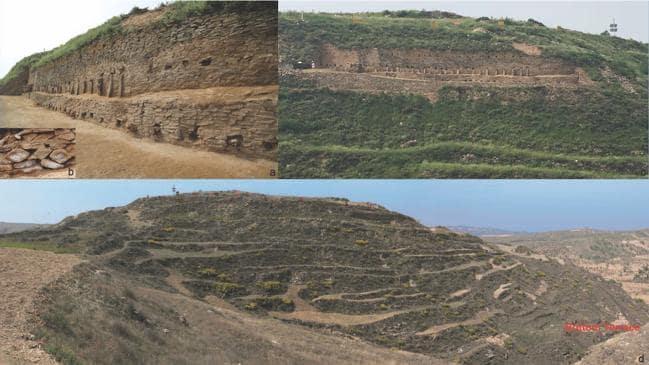 Settlement of the Neolithic Age under the name of Shimao, the scientists discovered back in 1976, but until 2011, no studies and excavations have been conducted on this territory. And only now a group of Chinese and American archaeologists shared information that they managed to collect over the years.

According to experts, the age of the ancient city is 4300 years, it lasted about 500 years, and its area reached 400 hectares. Earlier, scientists believed that the city of Shimao is the same age as the Great Wall, but new research indicates that the settlement appeared long before it.

The most valuable find for archaeologists was the ancient pyramid with the image of the eyes and people who simultaneously have the features of people and animals. It occupied an area of ​​24 hectares, and its height was 70 meters.

The “pyramid of the eyes” consists of 11 steps, and at its top archaeologists have discovered buildings with columns and tiled roofs, as well as huge reservoirs for water. Scientists believe that the usual daily life was conducted there, but the city’s rulers and noblemen lived there. In addition, experts have discovered many holes with human remains. Apparently, sacrifices were common for the ancient Chinese city. However, studies show that the remains belonged not to local residents. Probably, the captives from other cities were sacrificed.