In China, discovered the shell of a snake-eared turtle, 150 million years old 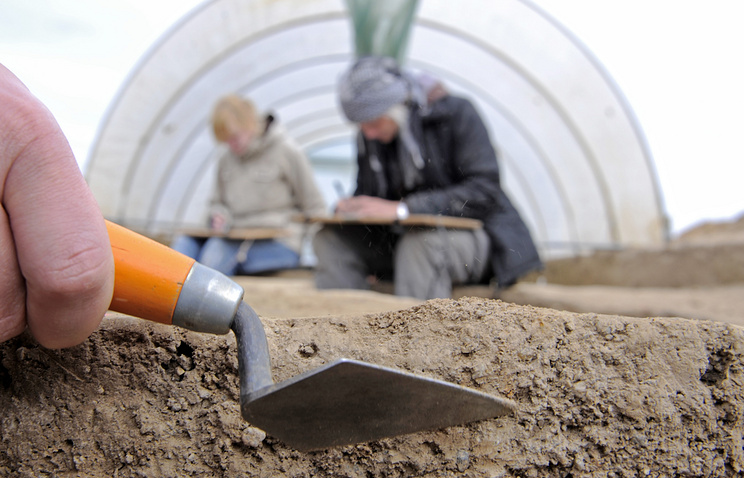 Residents of the city of Chongqing (Southwest China) discovered a cobblestone of unusual shape, which, after a preliminary analysis by paleontologists, turned out to be the shell of a snake-turtled turtle that inhabited local water bodies about 150 million years ago.

The find was made in the territory of Qi Jiang, in the southern part of the city. “People found fossilized representatives of ancient fauna in these places before, for example, petrified fish, eggs of dinosaurs, but the snake tortoise has been found here for the first time,” said Xie Xinming, head of the local geoparks control service at the regional state administration of real estate and land resources.

As explained by Chinese experts on fossil remains of extinct animals and plants, a series of finds of fossilized representatives of ancient flora and fauna suggests that in the near future a collection of such rarities will be constantly replenished by new discoveries.

Direct descendants of a prehistoric tortoise, whose neck can reach a length of 30-40 cm, have survived to this day. They live in southern latitudes – in Australia, Indonesia, on the island of New Guinea, in some countries of South America. These turtles live near fresh water bodies and feed on fish, frogs, and invertebrates, in addition, they swim well and live for about 40 years.