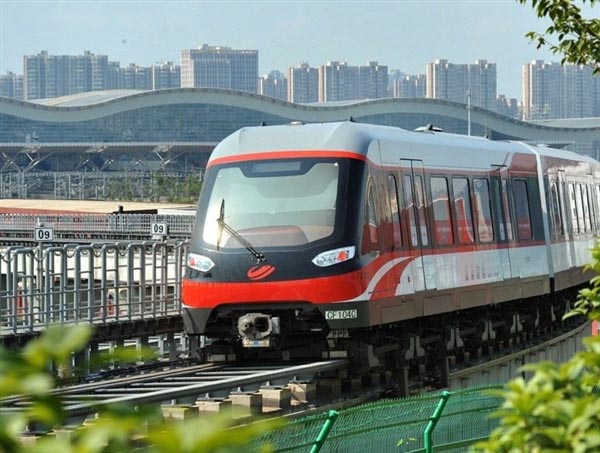 In Changsha, capital of Hunan province, earned the first magnetic train used for the carriage of passengers in the subway. The new train saves up to 30% energy compared to a standard metro trains.

The train is equipped with a permanent magnetic system which has high power and is more energy efficient than a conventional system. It was developed by Changsha Metro Group, CRRC Zhuzhou Locomotive Co. Ltd. CRRC and Zhuzhou Times Electric Co. Ltd.

If a similar system will be used on all subway trains in Changsha, the city could save 5.5 million yuan (about 830 thousand dollars) each year that is spent on electricity.

Note that China has the world’s first commercial jeleznodorojnaya line on the magnetic suspension of Shanghai Maglev Train. It connects the station of the Shanghai metro Lunyan Lu with the international Pudong airport and covers the distance of 30 kilometres in approximately 7 minutes 20 seconds, accelerating to a speed of 431 km/h and holding it for about 1.5 minutes.

In Japan, too, has a similar train Maglev L0, which clocked up 500 km/h during his first test in 2003. However, even in the absence of resistance and friction with the rails does not yet allow you to train without wheels to accelerate to very high speeds. When driving at a speed over 400 kilometers per hour, more than 83% of the energy is spent on overcoming air resistance.

By 2045, the Japanese authorities plan to launch the supertrain between Tokyo and Osaka. Presumably, the Maglev train will consist of 16 carriages and carry about a thousand passengers per flight. At the same time, scientists are developing a special vacuum tunnels for trains, such as Maglev, which will increase the speed of the train several times due to reduced air resistance.