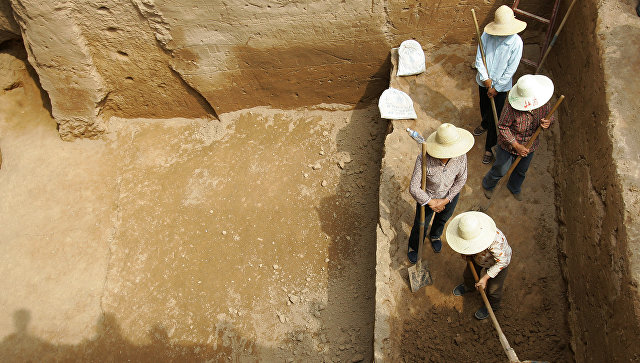 Archaeologists have discovered in Sichuan province in southwest China two brick tombs aged more than 700 years, which contained many artifacts.

The find was made in the village of Shunde district Luncani urban district of Chengdu. It is reported that the tombs belong to the period of the song dynasty (960-1279 ad).

Archaeologists have discovered in the brick tomb, more than 60 artifacts, including funerary figurines, porcelain and fragments of written documents.