In China, found a wild mushroom the size of an umbrella 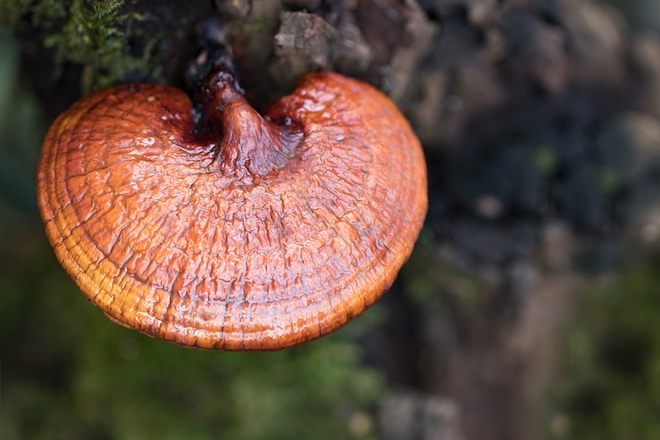 In the province of Guizhou in China was found a mushroom the size of an umbrella. A huge wild mushroom lingzhi (Ganoderma lucidum) was found in a high-altitude region, its weight is 4.2 kg, and the diameter reaches 80 cm! According to the local resident Zheng Lanfei, for all 75 years of her life she has never seen such a large lynch, although she heard about the existence of such “mushroom giants” from older people.

In Chinese medicine, this fungus has been known for over 2000 years. Both in China and in Japan, it is used practically from all diseases, but especially in heart diseases, memory impairment and to increase overall tone, vital energy and rejuvenation. For each purpose of use, there is a recipe – a method of preparing infusion and dosage. Lingzhi grows on old rotting trees and is believed to literally “absorb” their energy remaining after the rotting of the tree. The roots of the fungus, meanwhile, reach the ground, absorbing the beneficial substances.

It is worth noting that the wild mushroom lynchzhi and hundreds of years ago was difficult to find – it was available, mostly to the court healers and aristocracy. Under certain emperors, orders were issued to surrender all found mushrooms to the court. Because of the rarity and high demand since the 1970s, it began to grow in mycelium using stumps, parts of fruit trees, trunks of old trees, sawdust and fibers of various breeds.