In China have discovered a 6000-year-old cemetery 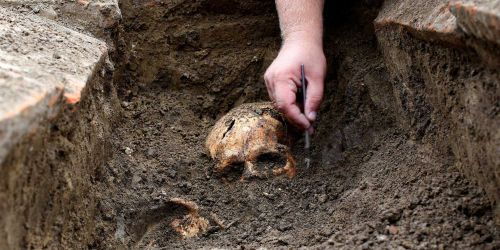 A group of Chinese archaeologists, leading excavations in Shaanxi province, reported the discovery of an ancient cemetery. Experts estimate its age to be six thousand years.

According to the Agency Xinhua, the cemetery, a total area of 90 thousand square meters, located near the ruins Anguaji, referring to the era of the Neolithic archaeological cultures, Yanchao that existed in China in the valley of the yellow river.

The head of the excavation van Veylin said that discovered the cemetery is the largest period of culture, ANSA.

We will remind that today it became known about China brick tomb of the age nearly two thousand years. They were excavated in Hunan province in Southeast China. According to archaeologists, one of the tombs belongs to the end of the Eastern Han dynasty (25-220 years). Second, presumably, was built during the reign of the Western Jin dynasty (265-316). The third age of the tomb is not installed yet.