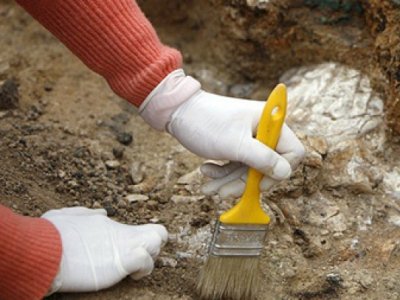 Chinese archaeologists during excavations in the area of Xuchang city (Central Henan province) discovered the skull of representatives of the first known species of fossil humans. As reported by Xinhua news Agency, the age of the finds ranges from 105 thousand to 125 thousand years.

According to experts, discovered the skull have basic differences from known science. At the same time they possess some characteristics common to Neanderthals and prehistoric man that lived in Central and Northern China thousands of years ago, the remains of which scientists had the opportunity to explore previously.

“Two skulls, discovered by us, belongs to representatives of a completely different, new kind,” – said in an interview the archaeologist Whether Janian from the Institute of cultural heritage and archaeology of Henan. He prepared a detailed report on the unique discovery, according to which the cranial vault, and temporal bone give affiliation to a kind of intermediate link between Sinanthropus (approx. 460-230 thousand ago) and the first Homo sapiens (around 40 thousand years ago became the only representative of the family of hominids).

“These skulls belonged to two prehistoric hominids, who lived between Peking man and modern man, explained Lee Jangan. – It is highly likely that these were direct ancestors of modern Chinese.”

The archaeologist noted that scientists analyze DNA of fossil finds. “For the first time in East Asia discovered the remains, which are inherent characteristics of the Neanderthal man” – he stressed. To date, formed an international group of experts, including representatives from the Chinese Academy of Sciences, the University of Washington, who, with the help of modern technology involved a detailed study and analysis of these skulls and maybe in the near future will make important new discoveries.