In China, launched trams without a rail 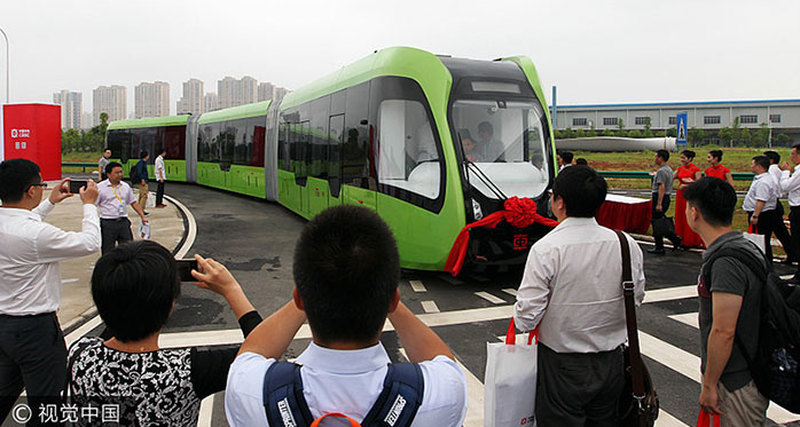 In the Chinese city district, a new type of public transport has been operating – an electric car moving on special road markings without rail and wires.

The Chinese carrier CRRC has started to operate a new type of public transport – something of an average between a train and a bus. The new system was called ART (Autonomous Rail Rapid Transit, autonomous rail fast transport). Each unit consists of three cars, accommodating up to 100 passengers each, and moves at a speed of up to 70 km / h. Unlike a tram or a train, it moves along specially marked roads, and not along rails.

Developers ART began testing the system in June, and now the first trains left on the roads of Zhuzhou City and began to transport passengers.

On one battery charge, the train of three cars travels only 25 kilometers, but in order to fully charge the battery, it only needs 10 minutes. Since ART does not need rails or wires, it is cheaper to introduce it into the urban transport system than laying tram and trolleybus routes.

In addition, since ART is an electric mode of transport, it does not produce exhaust gas, which is especially important for China. The environmental situation in Chinese cities is heavy, electric car sales are on the increase, and the government is considering plans to completely abandon the production of diesel and gasoline cars – although officials have not yet agreed on terms.

And in order not to lose old tram tracks, CRRC has developed a new type of tram powered by hydrogen fuel. The first cars on the hydrogen elements went to the roads of Tangshan City at the end of October this year, Xinhua News Agency reported.