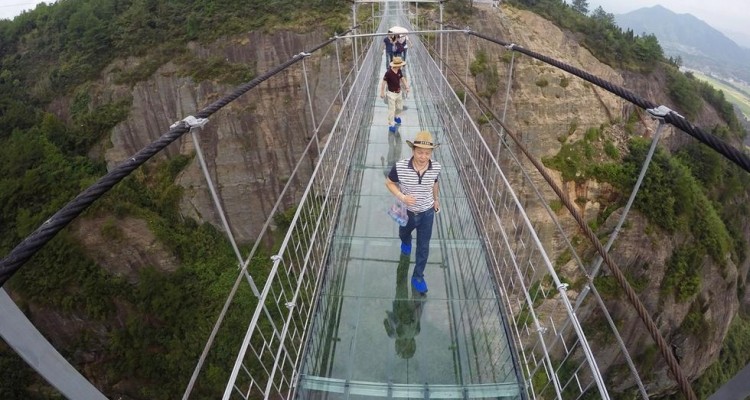 In China, opened a pedestrian glass bridge, erected 186 meters above the ground. The height above sea level, which is 1980 meters, he has no equal.

The bridge is located in the mountains of Batayshan Park in Sichuan Province. The construction that connects the two mountain peaks is made of transparent glass panels. Its length is 198 meters and its width is 2.5.

The bridge was completed in early February. After that, testing was carried out for a month. Implementation of the project cost 10 million yuan (1.58 million dollars).

According to the Central Television of China, now the bridge is officially open and everyone can arrange an exciting walk over the abyss with a height from the 66-story skyscraper.

A little earlier, in December 2017, in Hebei Province was opened the longest glass pedestrian bridge with a length of 488 meters.