In China, the first cloned GMO-dog 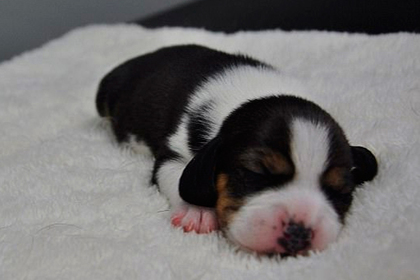 Experts of biotechnological Chinese company SinoGene successfully cloned a dog named Long Long. This is the first case in the world of cloning somatic cells of a dog, writes ECNS.

According to scientists, dogs are the most difficult to clone animals. According to the report, Lun Lun did not inherit the genes of a surrogate mother, which is the world’s first dog, created by editing genes. She was born on May 28, and on June 14 another surrogate dog gave birth to two more cloned puppies.

“In China, there is a strong shortage of service dogs, including bloodhounds and guides. They are difficult to breed, so most puppies are bought abroad. The police have already shown interest in our technology, and negotiations are underway about possible cooperation, “said Zhao Jianping, Deputy General Manager of SinoGene.

He also added that the technology will benefit pet lovers – dog owners will be able to clone their pets if they die.

At the end of 2016, a family from Argentina, where the dog died, used cloning technology to obtain a genetic copy of her pet. The procedure cost in the amount of 60 to 100 thousand dollars.