In China, the fossils of an ancient giant tortoise 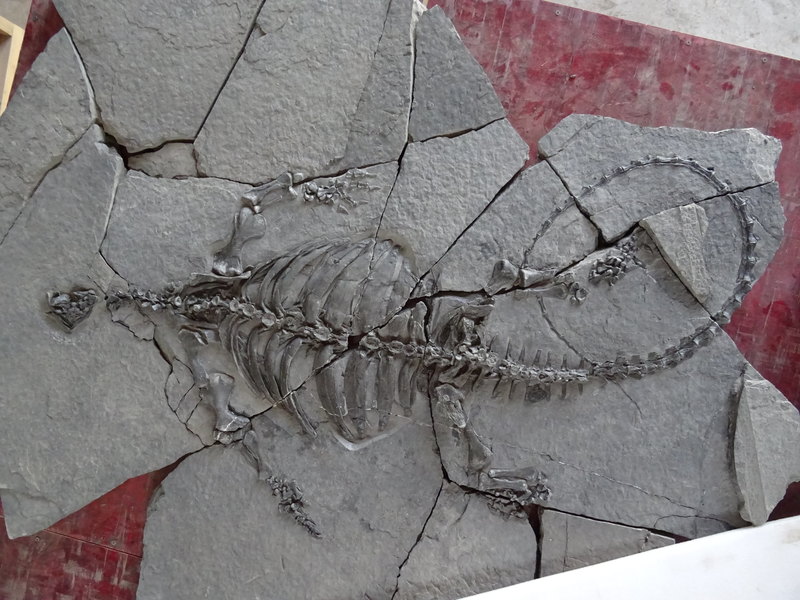 Paleontologists discovered in China the fossilized remains of an ancient tortoise that lived about 228 million years ago. As scientists have determined, the individual refers to a new, previously unknown species of Eorhynchochelys sinensis.

The discovered turtle (a new species Eorhynchochelys sinensis), as scientists say, reached a length of more than 180 centimeters, had a strange, disk-shaped body and a long tail and lived, probably, in shallow water. Eorhynchochelys sinensis was reported to have no spinal cord or plastron, but turtles of this species, like the modern representatives of the turtles, had a toothless beak.

The fact that Eorhynchochelys sinensis developed a toothless beak before other ancient turtles, but had neither carapace nor plastron, attests to a mosaic evolution: the latter suggests that different traits can be formed independently of each other and at different rates, and not all ancient species should have the same combination of these characteristics. Modern turtles have a full-fledged shell and a toothless beak: in the distant past, some tortoises in part had a shell, others had a toothless beak – probably, then, as a result of genetic mutations, an animal appeared that included both these traits.

In addition, the find, as noted by scientists, unequivocally confirms that the ancestors of modern turtles belonged to diapsids (a subclass of reptiles that formed about 300 million years ago and exists to this day) – in the skull of Eorhynchochelys sinensis, the researchers discovered two temporal cavities.