In China the robot attacked the person 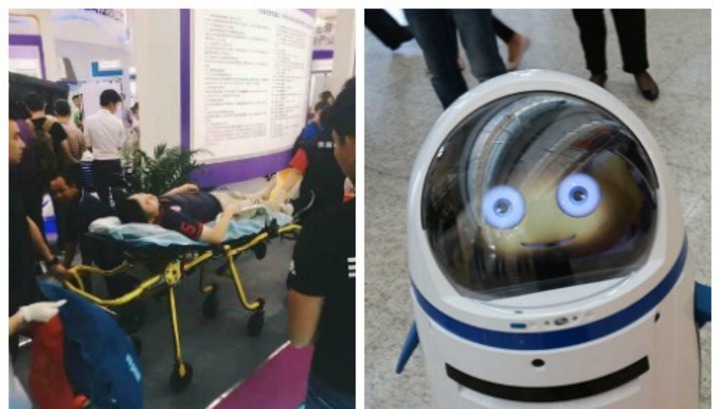 At the technological China Hi-Tech Fair exhibition in the Chinese city of Shenzhen there was an attack of the robot first in the history on the person. The android of “The little fat man” who was created to help children with study got out of hand and began to destroy everything. One person suffered.

Incident occurred when “Fat man” for a while remained off-hand with the stand of the developer. The robot began to force down protections, and then ran to one of workers of an exhibition into a leg. The trauma turned out so serious that the man had to be hospitalized.

The android of Little Chubby is positioned by the producer as the educational robot for children from 4 to 12 years. Its cost makes about 1,4 thousand dollars.

It is interesting that the Japanese Pepper robot makes the considerable progress in adaptation to human society. In the spring the android was admitted to school, and also settled the waiter in a pizzeria.