In China, they created the “laser AK-47” 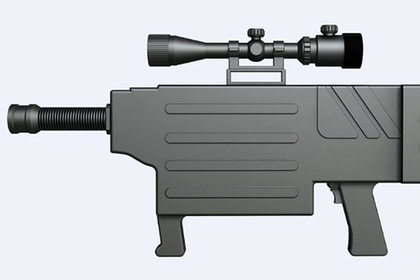 Specialists of the Xian Institute of Optics created a prototype of the laser-firing rifle ZKZM-500.

“The pain will be unbearable,” said one of the creators of the machine.

The ZKZM-500 has a caliber of 15 millimeters and weighs only three kilograms. The rifle is referred to as non-lethal weapon – when damaged, the skin is charred, and also the rifle is able to blind the opponent and damage the retina of the eye. In this case, the laser is tuned to an invisible frequency, so the human eye can not understand where it was attacked.

The rifle is capable of hitting targets at a distance of up to 800 meters, and can also be installed on a car, boat or airplane. It works from rechargeable lithium batteries, and from one charge it can produce several thousand two-second shots in 30 minutes.

It is assumed that the first samples of the ZKZM-500 will receive police officers.

At the moment, they are looking for a partner with a license to manufacture weapons in order to begin mass production. The cost of one rifle is estimated at 15 thousand dollars.