In Chukotka, the walruses left the land before the usual 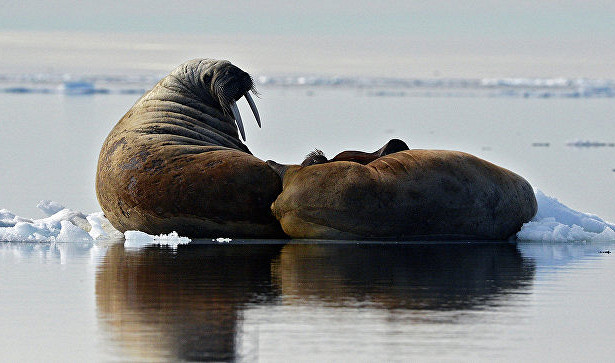 Inspectors of the national park “Beringia” in Chukotka recorded an unusually early output of walruses on land.

More than 200 walruses came ashore in the Mechigmen spit on the eastern coast of the peninsula, 17 kilometers west of the village of Lorino.
“According to observers, all the individuals in the group are adult males, which is one of the record-breaking early walruses on the coast of the Chukchi Peninsula,” the report said.

“In the spring and summer, walruses tend to rest on drifting ice floes far from the shore, and on land massively come closer to the autumn, when the water area of ​​the Chukchi Sea for hundreds of kilometers is freed of ice,” explains the national park.

According to him, the main walrus accumulations should now be on ice fields in the water area of ​​the Chukchi Sea at a distance of more than 80 kilometers from the coast of the peninsula.

Several nomadic walrus groups were also observed in Provideniya Bay in the south of the Chukchi Peninsula. According to Beringia researchers, there is a high probability that walruses, like in 2017, form small male rookeries on the islands of Nuneangan and Arakamchechen.