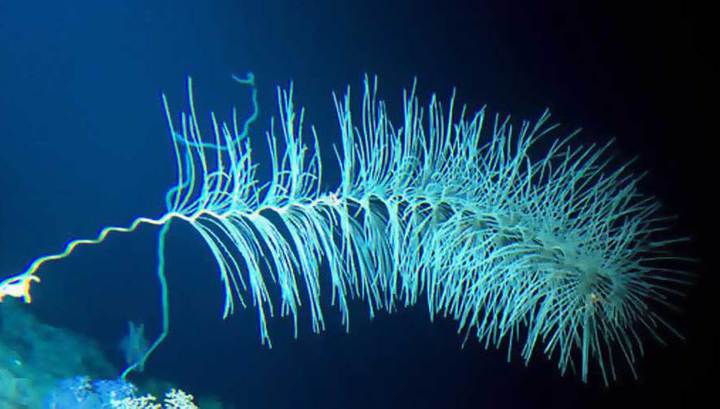 American hydro biologists made an expedition to the underwater volcano cook, who is at a depth of four kilometres near the Hawaiian Islands. The researchers found at the bottom of the ocean previously unknown forms of life. Among them – a new species of octopus with giant fins, said St. Louis Post-Dispatch.

Scientists said that the fins of the octopus-like ears of the elephant Dumbo from the Disney cartoon. In addition, researchers have discovered a new species of coral, which was christened after a song Jimi Hendrix Purple Haze (Purple haze) for the characteristic purple light.

Biologists argue that the close proximity of an underwater volcano may be other unknown types of animals which don’t need light. In the near future, scientists plan to investigate 50 submarine volcanoes, located in the district of Hawaii.