In Denmark found a 500-year-old ship 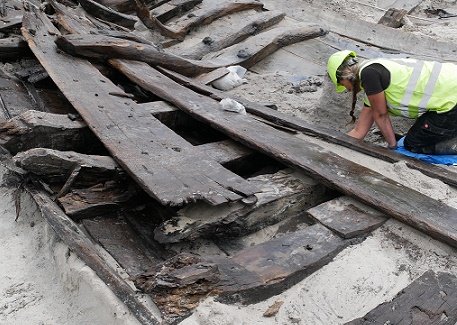 During the construction work on the coast of the Danish island of Zealand near Köge, the remains of a wooden ship were discovered. The ship’s age is about 500 years. The vessel was found on dry land, however, judging by the old maps of the 19th century, this place was previously under water.

The ship was built of oak. Its length was 16 meters, width – 7 meters. It was one of the largest ships of this type found in Denmark. 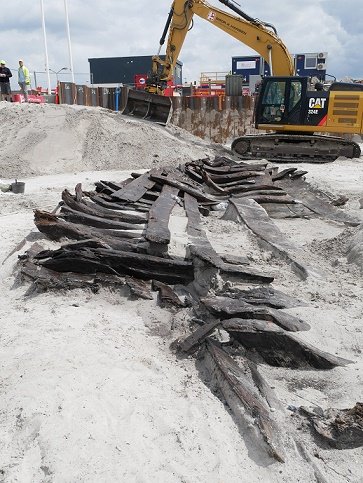 According to Danish specialists, the remnants of the ship are well preserved. In addition to oak boards, iron nails, remnants of sealing material and ropes were found.

Currently, archaeological work is still ongoing. The lower part of the ship has yet to be unearthed. According to experts, this will take at least four weeks.