In Egypt archaeologists have found the toilet of the 5th century 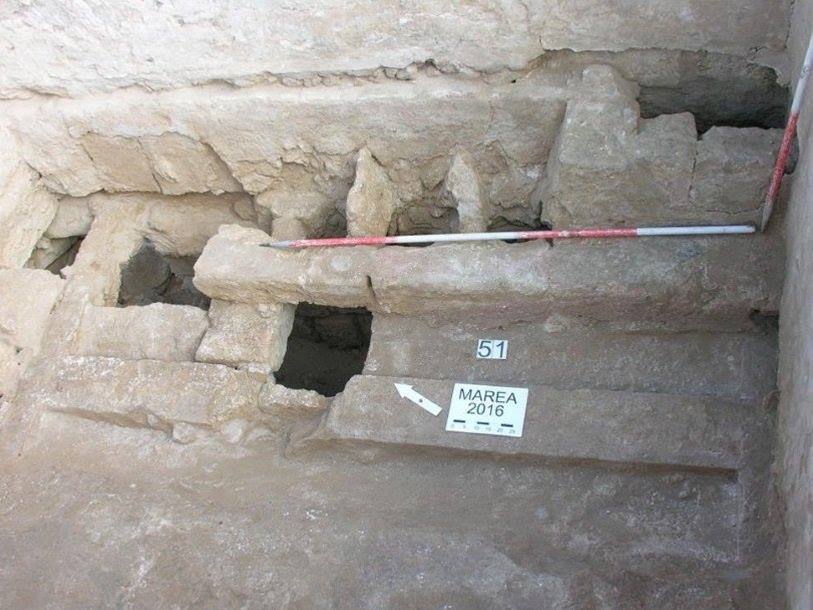 During the excavation of the ancient city on the shore of the salt lake of Maryut, south-west of Alexandria, archeologists discovered a latrine built in stone in the ruins of the Byzantine-era basilica. The basilica was built in the 5th century and became the second largest Christian temple in Egypt. It attracted many pilgrims, for the needs of which the toilet was built.

“We believe that it was available as a praying in the chapel, as well as for pilgrims who were outside,” says the head of the excavation, Krzysztof Babraj. According to the scientist, the finding did not come as a surprise – toilets were not often built with the early churches. Probably, separate rooms in it were intended for men and for women.

The city of Mareia, located on the shore of the lake, was connected with the delta of the Nile by means of canals and, thanks to this, became a rich port, from where wine, glassware and ceramics were exported. Since the III century, the city was the residence of bishops, subordinate to the Alexandrian patriarch. The Episcopate of Mary existed before the conquest of Egypt by the Arabs. Since 2000, excavations of the city are conducted by scientists from the Polish Center for Mediterranean Archeology, the University of Warsaw and the Archaeological Museum of Krakow. Previously, they found the remains of extensive port facilities on the lake, in particular six stone piers, over one hundred meters in length, and a dam protecting the city harbor. 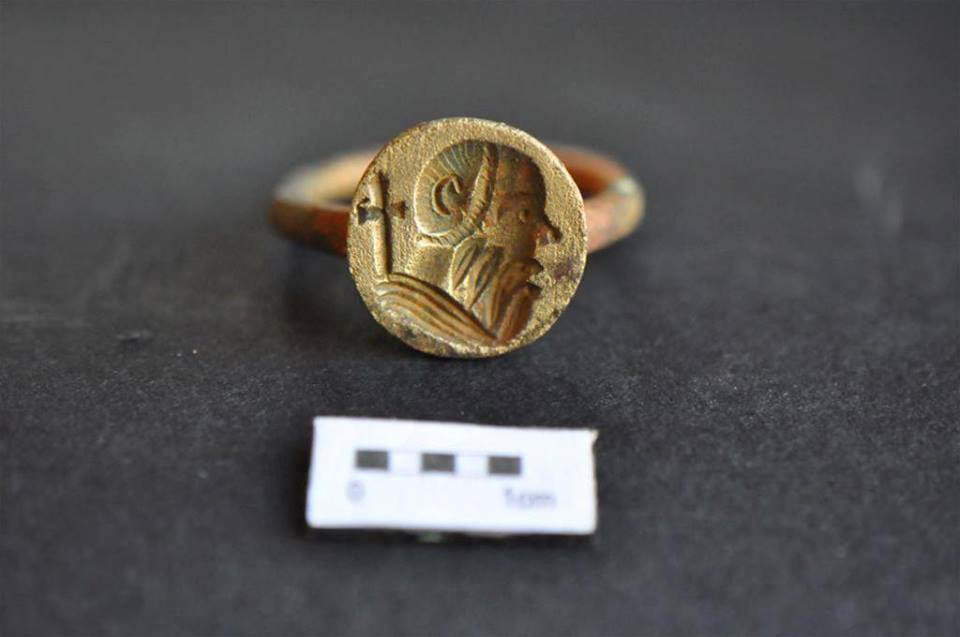 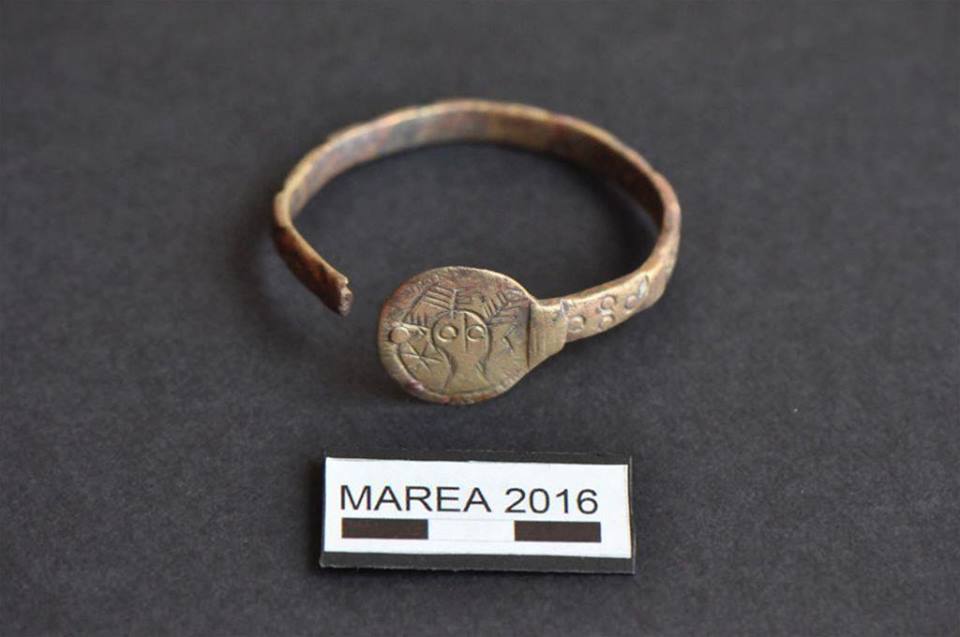 Ring with a seal

In the adjacent to the toilet rooms archeologists found two ornaments. The bronze ring with a seal on which the figure of a saint is depicted may have belonged to the bishop and was used by him for binding documents. A tiny bracelet with an apotropical symbol could be worn by a child.