In Egypt, discovered the remains of an ancient “princess” 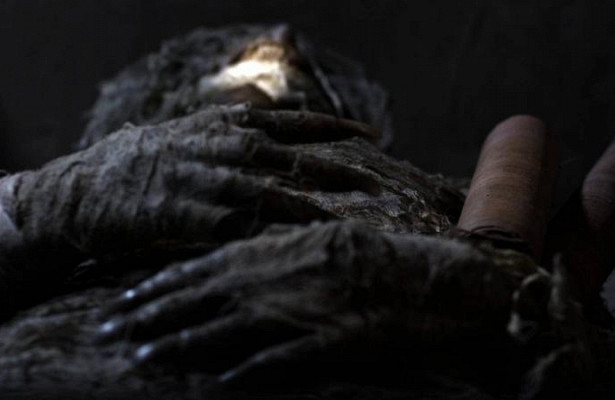 During the works in the tomb of Karabasken in the floor was found a half-meter square pit with a “secret”.

American scientists found ritual courts with the organs of a noble woman.

They found several Canopas in the tomb of the High Priest of Amun. According to the Ministry of Antiquities of Egypt, the remains belonged to a woman of the last days of the independence of Ancient Egypt.

During the expedition in the tomb of Karabasken, scientists discovered a square pit about 50 cm deep in the floor. Four ritual vessels were buried in it, in which the Egyptian priests stored the bodies of the deceased.

As the head of the American archeological expedition in El Asaif, Elena Pishchikova, all canopies are made in the style of the 26th dynasty and all have the inscription “to the lady from the house of Ameniardis”. In addition, canopies contain a sufficient amount of resin, although the flood damaged most of their contents.

– Canopies are well preserved, they were found when they fell on the side, so the vessels were partially opened. Perhaps this is due to the fact that in the past the tomb was flooded. One vessel was completely broken up into several fragments. At the moment, our restorers are carrying out all the necessary procedures for their protection and cleaning, “added Mustafa Waziri, head of Egypt’s Supreme Council of Antiquities.

The canopies themselves were carved from a mineral of alabaster by three different masters. On each of the vessels there were the ritual inscriptions characteristic for the cult of Amon from the time of the 26th dynasty.

From the inscriptions it can be assumed that the hostess of the vessels was Ameniardis, which in the translation sounds like “given by the god Amon.”

However, it is still not clear whether this woman was a relative of the pharaohs of the 26th dynasty or simply was a rich woman from a noble family.

Scientists expect that further study of the canopy and the places where they were discovered will help answer this question.