In Egypt, discovered the tomb of the XIII century BC. 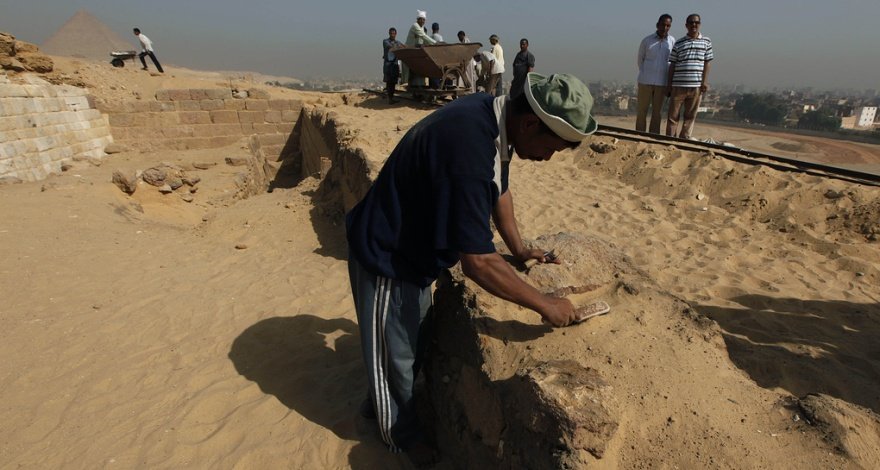 Egyptian scientists have discovered in the historical region of Al-Barr al-Gharbi near the city of Luxor in the south of the country the tomb of the times of the pharaohs of the XIX dynasty, dating back to the XIII century BC. This discovery was announced on Saturday by the Minister of Antiquities of Egypt, Khaled al-Anani.

The minister said that the excavations were carried out by an expedition working under the patronage of the Supreme Council for Antiquities of Egypt. “In the tomb,” added Al-Anani, “two well-preserved sarcophagi are found, in which mummies are located.” The walls of the burial itself, the minister said, are covered with multi-colored frescoes and hieroglyphic inscriptions.

According to him, the burial belongs to one of those closest to the ancient Egyptian rulers to a person whose name is transcribed as Faorhatep. The pharaohs of the XIX dynasty were in power in ancient Egypt from 1292 to 1186 BC.

As the General Secretary of the High Council for Antiquities, Professor Mustafa Vaziri, noted, a group of Egyptian specialists began excavations at this site in March of this year and “managed to achieve amazing results in a few months.” In addition to the two sarcophagi with mummies, archaeologists discovered in the same burial more than 1 thousand porcelain figurines of Ushebti – small statuettes depicting various ancient Egyptian deities – several papyrus scrolls and dozens of other artifacts of the Pharaoh era.