In Egypt, during the filming of the film, a rare mummy was accidentally found 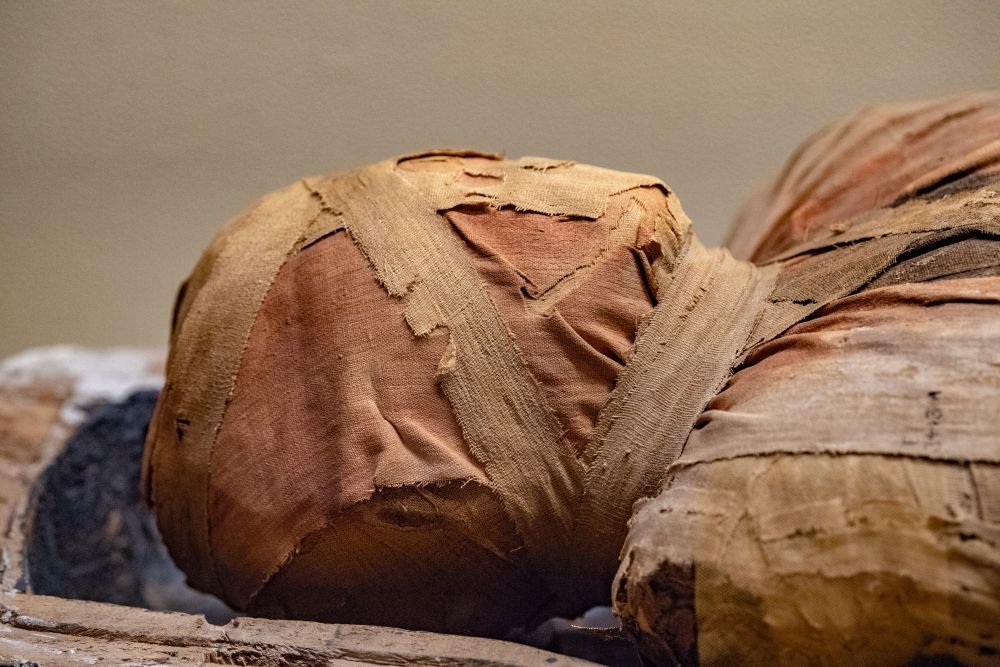 The German archaeologist Martin Bommas made an amazing discovery during the filming of the film. The rising wind blew sand and exposed the mummy, which probably belonged to a rich man.

According to the International Business Times, the filming of a documentary entitled “Opening of the Great Tomb of Egypt” was carried out in the ancient Egyptian city of Aswan, famous for its abundance of tombs.

Martin Bommas has been excavating here for over 30 years. However, a German researcher made such a discovery for the first time. At the sight of the camera, the rising wind blew sand off the surface, exposing the mummy beneath it.

According to the researcher, the find is about 2000 years old, that is, it belongs to the Roman period of Ancient Egypt. The scientist drew attention to the high quality of the bandages and the skill of those who wrapped them in the body of the deceased. This indicates that the mummy could belong to a very rich person.

However, it was not whole and poorly preserved. So, the mummy has no legs, only the torso and part of the arm are relatively well preserved. She was lying on her stomach.

A preliminary study showed that the internal organs of the deceased were removed and buried separately according to Egyptian traditions. Some traces indicate that the mummy may have tried to burn back in antiquity.

Bommas believes that it could belong to the Roman, since the influence of the Romans in Aswan was very great. The land of the pharaohs came under their control after the death of Cleopatra VII in 30 BC. This was the end of the Ptolemaic dynasty, which ruled Egypt from the time of the death of Alexander the Great in 323 BC.

Egypt turned into a province of the Roman Empire and remained in that capacity until the 7th century, after which it came under Arab control.