In Egypt, found a cave with unique cave paintings 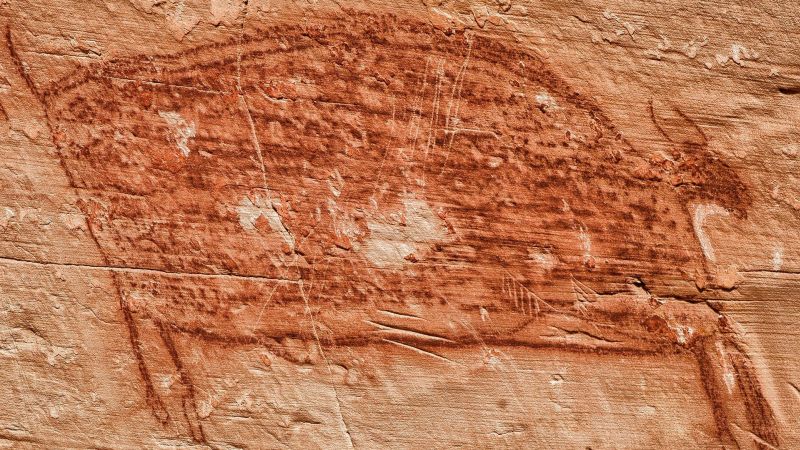 Egyptian archaeologists have discovered in the north of the Sinai Peninsula a cave with unique cave paintings, as well as evidence that it was used by the local population for several centuries in a row. This was stated in a press release of the Ministry of Tourism of the country.

The depth of the cave, located in the Wadi Zulma region, 60 kilometers east of the Suez Canal, reaches 15 meters in places, and its height is about 20 meters. The ceiling of the shelter consists of “weak limestone”. Inside the cave, scientists also found a large amount of ash and animal remains.

“This indicates the continued use of the cave for several centuries. Probably, it was a refuge for the locals who gathered in it during heavy rains and storms, and who protected themselves from the cold in winter, ”RIA Novosti quoted the head of the department of archeology of the Wadi Zulma district as Arish Yahya Hussein.

As, in turn, the head of the archaeological mission Hisham Hussein says, on the walls of the cave there are many cave paintings with images of various animals – camels, gazelles, goats, donkeys. These drawings are completely different from those discovered earlier in the caves of South Sinai: they are made in a special authorial manner, they can be equated to bas-reliefs. Currently, experts are conducting research to establish the exact date of the creation of ancient painting.

200 meters from the cave, researchers found the ruins of some round stone buildings, as well as flint tools, which may indicate the presence of an ancient settlement in this place.