In Egypt, found the ancient tomb of a high-ranking official 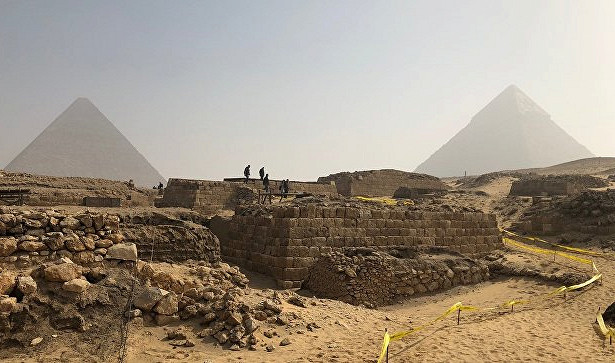 The tomb of a high-ranking official of the reign of the fifth dynasty of pharaohs of Ancient Egypt (circa 2504-2347 BC) was discovered by Egyptian archaeologists in the area of ​​the famous pyramids of Giza near Cairo, the Egyptian antiquities minister Khaled al-Annani told a news conference at the pyramids. .

In the tomb found unique colored murals depicting everyday life pictures of those distant times: fruit gathering, hunting, fishing. Mummies or any valuables in the tomb were not found. Presumably, the tomb could have been plundered in antiquity, in part archaeologists discovered objects from this burial with the “mistress’s” cartouche at the beginning of the 20th century elsewhere, and they are now kept in the Berlin museum.

Another find is made in the area where there are several burial places of high-ranking officials of the fifth dynasty of ancient Egyptian pharaohs.