In Egypt, found the oldest “office” of the pharaohs 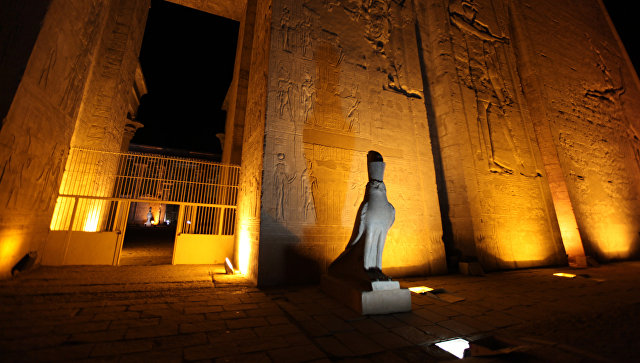 American and Egyptian archaeologists found in the territory of Behdet, the capital of the Southern Kingdom, while the oldest “office” of the pharaohs, in which treasures were stored and officials worked during the fifth dynasty of Ancient Egypt, reports the Egyptian Ministry of Antiquities.

This complex, according to Mostafa Waziri, the current head of the High Council for Antiquities, is currently the oldest trace of the existence of the civilization in Bechdet, and he pushes back its foundation several centuries ago.

The city of Behdet was the capital of the Southern Kingdom of Ancient Egypt before the unification of the two kingdoms, and remained one of the largest centers of power throughout almost the entire history of this civilization. According to scientists, it could be founded in the pre-dynastic period, but Behdet became a political center only during the 6th dynasty, in the 24th and 23rd centuries BC, when mastabas, brick tombs of the nobility, and other large structures were built on its territory, traces of which have survived to the present day.

Initially, the settlement itself did not attract the attention of archaeologists, since next to it, during the Hellenistic period, a magnificent temple of Horus was built, which survived to this day almost in its original form. Only in the middle of the 20 th century, scientists discovered that under the hills near this cult building hides an entire ancient Egyptian city, which has preserved almost three thousand years of the continuous history of ancient civilization.

Active excavations in the territory of Behdet were started in 2001 by a team of American and Egyptian archaeologists headed by Nadine Moeller (Nadine Moeller) from the University of Chicago (USA). During this time, scientists dug up a lot of residential buildings, a barn and various administrative buildings built during the reign of the 6th dynasty of the Old Kingdom and its heirs on the territory of the city.

The last and, as Muller herself stated, the largest and most important discovery of her team was the discovery of an administrative complex built on the territory of Behdet during the time of Pharaoh Jedkar Isesi, who ruled in 2414-2375 BC. According to her, the opening of this complex allows Egyptologists to explain a few oddities associated with the numerous expeditions of Jedkar Iesi to the east, where the “ruler of the two houses” was looking for new sources of precious metals and other resources.

The very “office”, according to the archaeologist, served as a kind of “warehouse” and a staging post for those treasures and samples of rocks that Pharaoh mined during his campaigns in the eastern deserts. In favor of this is the multiplicity of artifacts from various parts of Sinai, the coasts of the Red Sea and other parts of the Middle East and Africa that were found in this complex, as well as the records of expedition participants and its leaders preserved in it.