In Egypt, found the tomb and the first industrial zone of ancient Egypt 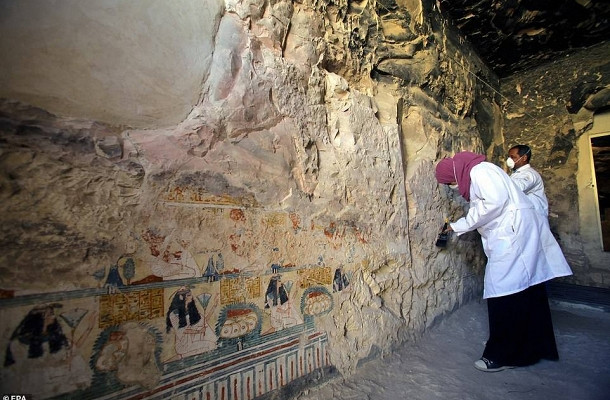 On the territory of Luxor, archaeological scientists discovered new unique finds – the royal tomb and the first industrial zone of Ancient Egypt.

After conducting large-scale excavations in Luxor over two years, researchers found thirty workshops from the time of Pharaoh Amenhotep the Third, and also discovered an empty royal tomb.

It should be noted that in ancient times Thebes, one of the Egyptian capitals, was located on the site of modern Luxor. The city was built on the right bank of the Nile, and on the left was a necropolis, which, among other things, included the Valley of the Kings.

Here during the New Kingdom in the period 1550-1069 BC, the Pharaohs, their households and some high-ranking officials were buried. Currently, in the Valley of the Kings 63 tombs of the pharaohs are known.

Recently, Egyptian scientists found another empty tomb of the pharaoh in the Valley of the Kings, and building tools were found in it. Another important discovery, and also not far from Luxor, was the discovery of the first industrial zone of Ancient Egypt.

Archaeologists have discovered 30 workshops, including the smelting and processing of gold, and painting ceramic products. The buildings were dated by fragments of ceramics that were made during the reign of the pharaohs of the XVIII dynasty (1550-1292 BC).

Here, researchers discovered a large reservoir for water, and artifacts: two silver rings, decorative elements that were used to decorate sarcophagi, gold foil and wings from the statue of the god Horus.