In Egypt have found a mummy of a giant crocodile 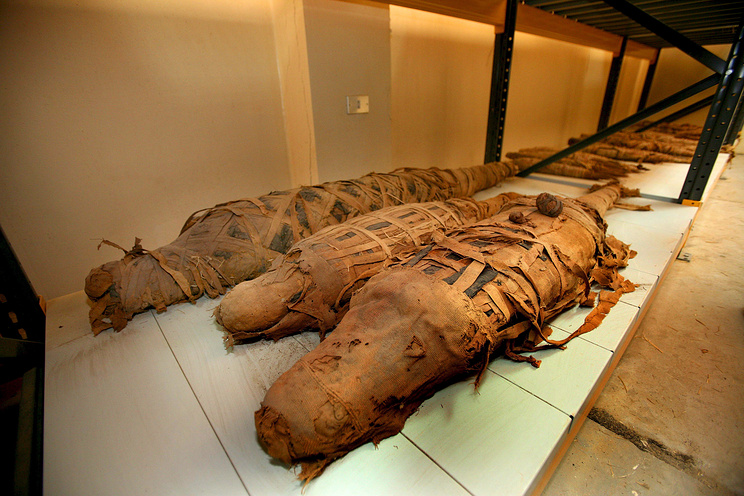 The mummy of a four-meter crocodile, who personified the ancient Egyptian deity Sobek, discovered by scientists during excavations in the North of the Qena governorate. This is the opening said the head of Management on Affairs of antiquities of the province Ayman Hanji.

A rare find was made during expeditionary field work in the area of Nag Hammadi on the East Bank of the river Nile. Here in the valley near the mountain of Gamerdom, thousands of years ago were the tombs of the nobles and the people close to the pharaohs, as well as several temples in honor of the major deities of Ancient Egypt.

In the course of excavations in Nag Hammadi, archaeologists have discovered several mummified crocodiles, the length of two of them exceeds 1.2 metres, and the heads of some smaller animals, which are also revered by the ancient Egyptians. In addition there were found the special tools used in the embalming process, and rolls of canvas in which were wrapped the mummies before burial.

The uniqueness found in Ken mummies, as explained by the head of the Department of antiquities of the province, lies in the fact that for the first time in this region found the mummified symbols of the God crocodile Sobek. According to Hanji, still it was not known that the residents of Nag Hammadi honored this deity and there was not a single, even a small temple, built in honor of Sobek.

Currently, scientists carefully investigated findings, trying to determine exactly to what period of Board of pharaohs are mummies of crocodiles and how widely in this area in the South of modern Egypt there is a widespread worship of Sebek.

This God was the patron of water and the flooding of the Nile and was depicted in the mural with the head of a crocodile. According to the beliefs of the ancient Egyptians, Sebek deterred the forces of darkness and protect them as other deities and humans. The cult center of the God-crocodile in Ancient Egypt and in later times of the Ptolemaic dynasty there was a temple in the town of Kom Ombo, located about 50 km North of the modern town of Aswan. The Foundation of the temple belong to the reign of the Pharaoh of XVIII dynasty of the New Kingdom Thutmose III (1479-1425 years BC).