In Egypt, the tomb of the keeper of the treasury of the pharaohs was opened 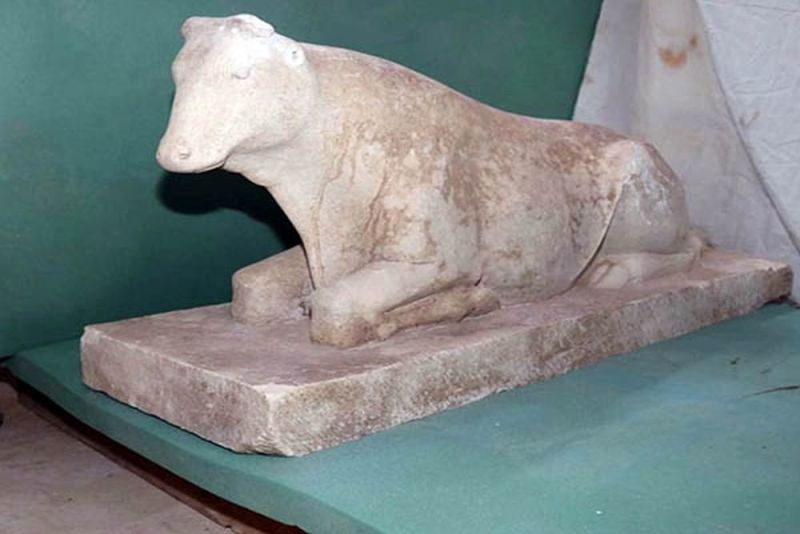 In Egypt, the archaeological mission of the Ministry of Antiquities discovered hundreds of valuable artifacts that were in the tomb of the guardian of the royal treasury.

A short report on the opening is published on the ministry’s website. It is reported that archaeologists have uncovered the tomb of the caretaker of the royal treasury. The discovery was made in the province of Minya.

According to Mustafa Vaziri, secretary general of the Supreme Council for Antiquities and head of mission, the necropolis is a 10-meter-deep burial well. It leads to a large room with niches carved into the rock. The latter were covered with stone slabs of regular shape.

Inside these niches, two limestone statues were found. One of them depicts Apis – a bull sacred to the ancient Egyptians. The second statue is in the form of a female figure. Also found were beautiful alabaster vessels that depict the four sons of the god Horus. The titles and names of the deceased are engraved on them.

Mustafa Vaziri noted that 400 blue and green statues of ushabti were also found in the tomb. These were small figurines that were made specifically for funeral rituals. The name of the owner of the tomb was written on them.

By the way, inside the burial chamber there were six more sarcophagi with the remains of family members of the guardian of the treasury. About 1000 earthenware orchids were found in them, as well as whole sets of vessels made of different materials. Found in the sarcophagi and traditional amulets.

Scientists note that most of the ceramics belongs to the period of the XXVI dynasty of the pharaohs, which is called the Sais dynasty (about 685-525 BC). The tomb itself belongs to the same period.

It is noteworthy that four anthropomorphic stone sarcophagi were found in the tomb, which are still sealed with mortar. In the near future, scientists are planning to open them. Perhaps they, too, hide not only the remains, but also valuable artifacts.

As already told by “RG”, earlier the same mission unearthed a burial well five meters deep, inside which was the coffin of the high priest of the god Dzhehuti. He also held the position of “Great Guardian of Thrones”. His sarcophagus was adorned with scenes depicting the four children of Horus, and there were many ushabti figurines nearby.