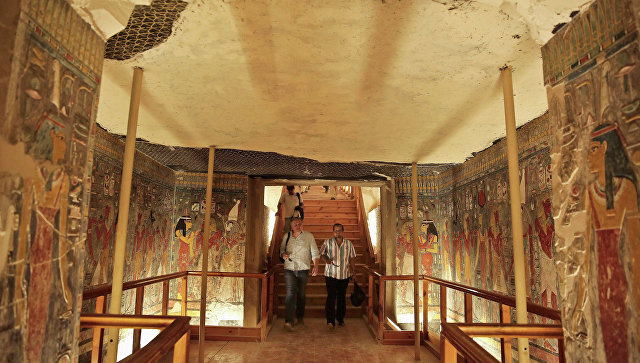 Egyptian and Swedish archaeologists have found 12 new ancient Egyptian tombs of the New Kingdom era a few kilometers South of the famous valley of the Kings, according to the Ministry of antiquities of Egypt.

These tombs are interesting because they were buried entire families – men and women of different ages, and, apparently, their children and even Pets. The discovery of these burials suggests that to know the Gebel-El-SILSILA, this region of Ancient Egypt lived in large families,” says Nasr Salama (Salama Nasr), one of the participants of the excavations and the General Director of the Museum of Aswan (Egypt).
Lords the two houses of Ancient Egypt and many members of the nobility were buried not only in the pyramids and mastabas built on the Earth’s surface, but in the tombs carved in the mountain slopes and rocks. In the famous Valley of the Kings, located on the banks of the Nile near Thebes and Luxor, is six dozen of tombs, some of which were buried the most famous rulers of the New Kingdom, such as Tutankhamen, Nefertiti, Ramses II and Thutmose III.

Salama and archaeologists from Egypt and Sweden significantly increased the number of tombs found in this part of the former land of cane, the southern Kingdom of Ancient Egypt. In the village of Gebel El-SILSILA in the spring of last year scientists discovered the necropolis, the excavation of which was completed in the autumn.

In total, the archaeologists were able to find in the rocks from 12 small and very large tombs in which were buried several dozen members of the nobility or local governors, as well as many cultural and religious artifacts, food, vessels and jewelry.
In addition to the tombs, scientists have discovered three of the temple or altar, carved in the rocks, a few animals and cemeteries three cemeteries babies. Bodies of children and the tombs of the nobles were located in a special way – their body was elongated along the axis North-South and the face turned towards the East.

One of the most surprising discoveries related to the excavations of these tombs, was that in one of them archaeologists have found mummies not only people and Pets, but also the skeleton of a crocodile near one of the sarcophagi. Apparently, crocodiles and Sebek, krokodilopolis the God of water and of the Nile, was particularly revered in Gebel-El-SILSILA. 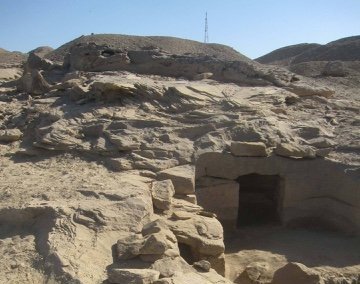 One of 12 new tombs opened in the vicinity of Luxor

As scholars have noted, the human remains found in the necropolis, suggests that they belonged to the richest strata of the population of Egypt – they found no infections or malnutrition, which can be easily found in the remains of ancient Egyptian slaves or peasants. On the other hand, the fractures and cracks in their bones indicate that they were engaged in heavy and dangerous work.

All this, as well as traces of treatment of such fractures, suggests that the Gebel El-SILSILA was not a village where lived low-skilled builders of tombs, as previously thought Egyptologists and rich village, the role and function of which remain unclear. This year, the researchers plan to continue the excavations, which they hope will help to understand who was buried in those tombs and whether they were relatives or servants of the Theban pharaohs of the New Kingdom.