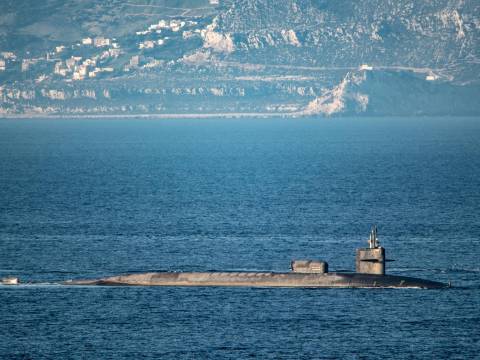 The Royal Navy began maneuvers Unmanned Warrior with the participation of robotic technology in different classes.

Part in the exercises take about 50 unmanned aerial vehicles, underwater and surface robots. Among them: American drones ViDAR and NRQ-21, the Autonomous underwater vehicles Remus, Polish optionally piloted helicopter SW-4 Solo, a French UAV Watchkeeper. Some of them provided by the manufacturers for comparative tests.

For ease of coordination from a single command point software technology was upgraded. According to legend, the devices will include the collection of intelligence, communications, search for mines and submarines. The purpose of the maneuvers stated the definition of scenarios of the use of robots in military operations. To enter into contracts for the purchase of equipment at the end of the exercise is not planned.

In September 2016 the Royal Navy conducted a successful test of unmanned boats MAST. The device is equipped with panoramic and infrared cameras, radar and can reach speeds up to 92 miles per hour (50 knots). The boat can operate in three modes: under human control on Board under remote control and autonomously.