In England found a mass grave of victims of Cromwell 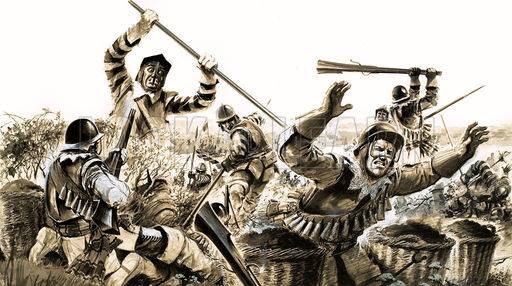 During the construction of the new building of the library of Durham University workers stumbled upon a mass grave with remains of about two thousand people. Archaeologists managed to find out that these bones belong to the Scots who died in captivity after the battle with the army of Oliver Cromwell at Dunbar (1650).

To the conclusion that before them it was the soldiers, archaeologists came because the bones belonged to adult males age 13-25 years. Such a specific sampling points only to soldiers. On the bones are almost no traces of old wounds — that is, when Dunbar, the English captured mostly recruits.

The fact of participation of the buried soldiers at the battle of Dunbar was established thanks to the two testimonies. First, the condition of the teeth on some of the turtles indicates that tobacco Smoking by their owners, and this habit began to spread in the UK only after 1620. Secondly, the remains were found under the Foundation of the building, which appeared on the map only in 1754. This time frame, as well as known historical sources the fact of burial of prisoners of the Scots on the territory of Durham, with high probability point to the battle of 1650.

Primary radiocarbon analysis of the teeth of the soldiers pointed to the Scottish origin of most of them. However, some of the victims were born outside the UK — apparently, these were mercenaries from the Netherlands or Germany. In the future, scientists are going to find out what diseases suffer warriors.

Battle of Dunbar — one of the most important battles of the period of the English revolution of the seventeenth century. The victory of Cromwell’s army opened to the British the possibility of the conquest of Scotland. The battle of Dunbar is considered the most outstanding victory of Cromwell: in two-fold superiority of the enemy in manpower (23 thousand soldiers against 11 thousand in Cromwell), the British commander defeated the Scots. About 3 thousand soldiers were killed, 10 thousand taken prisoners, the English lost only a few dozen killed and wounded.