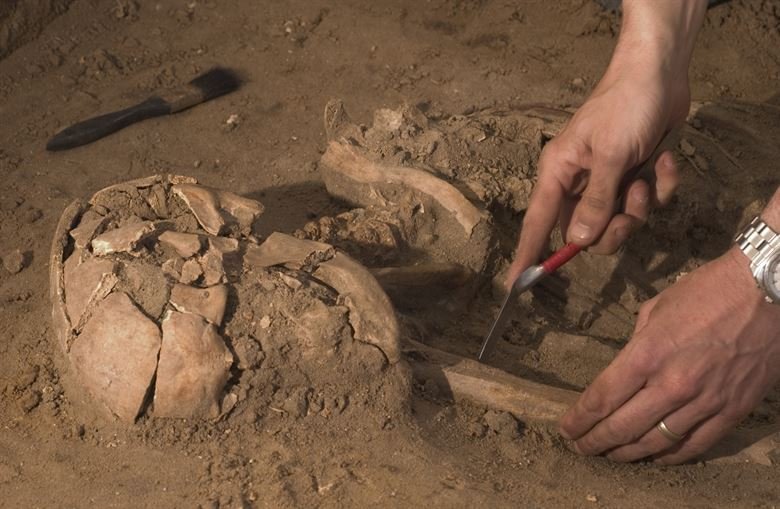 In England, scientists at the time of the excavations discovered a strange and ancient burial. Archaeologists have become interested in the remains of men with amputated legs and broken skulls found next to the weapon.

Scientists conducted research before the construction of the motorway from Cambridge to Huntington. The discovered skeletons of men with severed limbs and pierced skulls have not yet been studied. Remains belong to the late Roman era or to the early Anglo-Saxon period, which began in the 5th century. The objects were located at right angles to each other and lay in a T-shape. Archaeologists have noticed rotated heads and dismembered limbs.

To the current moment, scientists can not answer whether the skulls of men were damaged to death. The burial place turned out to be a gravel pit. In the future, the authors of the draft intend to determine whether violence against the ancient inhabitants was carried out. According to archaeologist Kasiya Gdanets, amputation of limbs could become a punishment that people could not get out of the grave. At 50 meters from the find in the Roman well experts noticed a torso without legs and pelvis.