In France the copy of Lascaux Cave opened 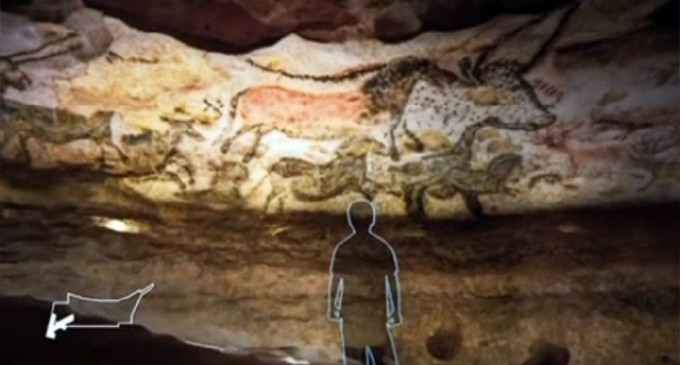 The new copy of Lascaux Cave which is well-known thanks to primitive rock painting opened in France. Not only drawings, engravings and an arrangement of galleries correspond to the original. Temperature, air humidity and even sounds here the same that in the real cave.

On walls bisons, horses, bulls and deer are represented. One of galleries is devoted to animals from the cat family. The precise age of drawings is unknown. According to the radio-carbon analysis, they were created during the period from XVIII to the 15th centuries B.C. The cave became known in the 40th year of last century.

[Nicolas Saint-Sir, participant of the project on creation of the museum]:
“When you enter a cave, you begin to lower voice as if it appeared in a sanctuary. It seems that these animals look at you, and not just you look at them. They move. I think, the majority of these feelings is transferred to visitors of the museum”.

Experts consider that drawings and engravings of a cave are filled with deep meaning.

[Myuriel Moryak, curator of the museum]:
“The composition of symbols and a way of their arrangement on the relation to each other force us to think of the very composite concept. We, perhaps, do not understand it, but for people of that time it bore some sense”.

[Jean Clottes, expert-historian]:
“These animals — not only objects for hunting. Sometimes they were worshipped. They reflect their beliefs, a way of reflections about supernatural and so on”.

The modern technologies helped scientists to understand how prehistoric people created the creations.

[Nicolas Saint-Sir, participant of the project on creation of the museum]:
“These artists applied an engraving on stones, then painted, and then engraved again”.

Lascaux Cave is in the territory of the commune Montinyak in department Dordogne. In 1948 it was opened for visitors. The increasing number of tourists threatened safety of rock drawings. Because of a carbon dioxide, high temperature, simulated irradiating, and also high humidity on walls green algas began to expand. In the 1963rd Lascaux was closed for tourists.

20 years later in two hundred meters from it the museum in which recreated a part of a cave opened. The new copy of Lascaux succeeded it. Construction lasted four years and it cost 66 million euros.

Lascaux Cave is entered in the list of the World heritage of UNESCO in 1979.