In France, we presented a room of mixed reality 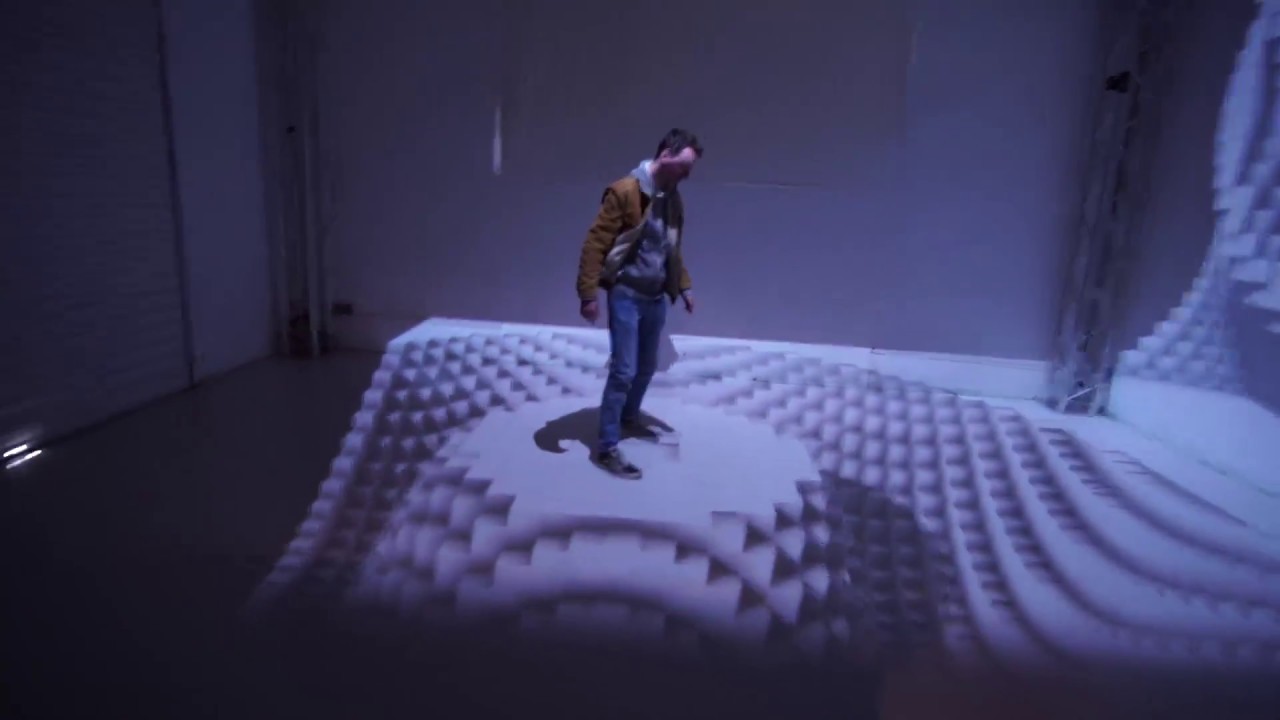 French company THÉORIZ Studio has presented a room that allows interacting with augmented and virtual reality without a VR helmet.

Most of the existing technologies of mixed reality involve the use of a special helmet and often controllers to simulate the presence in a certain space. Despite the improvement of such devices, in particular the development of wireless solutions, they remain relatively cumbersome and can cause user discomfort. As an alternative, the mapping of virtual objects using projectors is considered. This approach allows you to integrate augmented reality with real objects, such as buildings, and is often involved in light shows, but, unlike helmets, does not provide for interactivity.

As part of the new project, THÉORIZ Studio introduced a system that integrates these technologies. Developers have created a room on the walls and floor of which with the help of projectors are displayed virtual objects. Interact with the latter user can without special devices. Adaptation of the environment to human behavior is due to the tracking of its actions through the beacons of the HTC Vive positioning system. As a result, the projections appear to be not only three-dimensional, but also interactive. As reported by engineers, the video shows the second test room, which reacted to movements in real time. The roller was not subjected to further processing.

It should be noted that the sensation of a three-dimensional space in such a system should arise only from the immediate user, while an outsider will perceive virtual objects as distorted. On video, however, the illusion of a mixed room is also supported in the frame. Apparently, for the purposes of demonstration, the system was configured in such a way as to project objects without deformations only for the operator. At the same time, the positioning sensors monitored in parallel the movements of the person in the room. Similar technology in 2016 showed Microsoft: in this case, the projector displayed the image of the interlocutor in full growth on furniture.

About testing a room of mixed reality, PolymorphArt writes.

In May, German researchers developed a VR-game that adapts the movements in virtual reality to real ones using the data on the movement of the car. To assess the position of the machine in space, an inertial measurement unit (IMU) was installed, including an accelerometer and a gyroscope; The acceleration was calculated on the basis of measurements of the on-board sensors via the Bluetooth adapter OBD-II. As part of the demonstration, the authors created a 3D helicopter simulator, the pilot of which must shoot down balloons. This approach has significantly reduced the risk of dizziness and nausea while using the VR helmet.