In Georgia, found artifacts from the early Iron Age 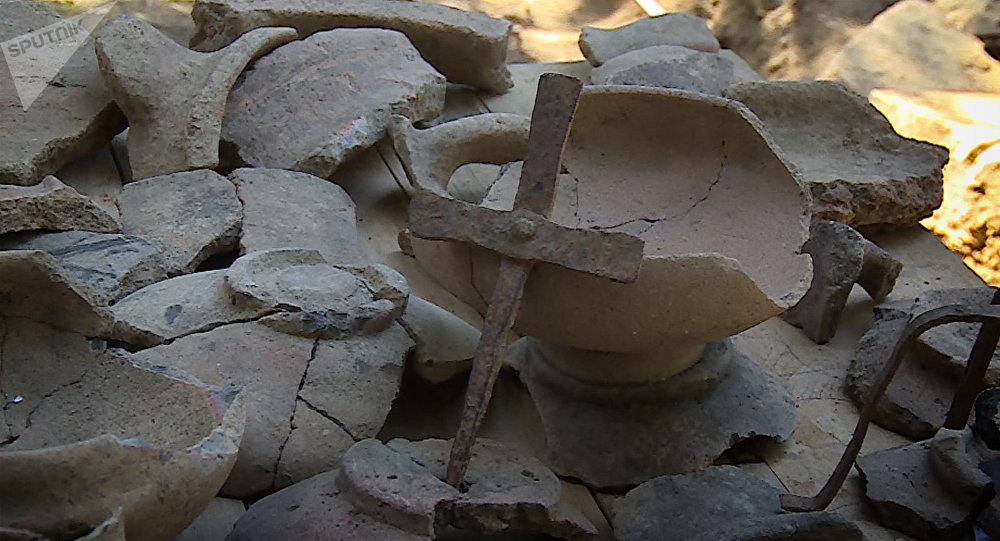 During the excavations in the city of Telavi (Kakheti region), Georgian archeologists found artifacts from the early Iron Age and other epochs.

On the territory of the Zuzumbo area, specialists discovered a bronze bracelet of the Early Iron Age, as well as ceramic material and part of the iron spear of the 16th-14th centuries and the X-VIII centuries of the old chronology, respectively

According to the professor of the University of Ilya Nika Tushabramishvili, the discovered artifacts confirm that the territory of Zuzumbo was intensely populated and developed during these time periods.

“Current research works in Telavi, in addition to Zuzumbo, provide for archaeological reconnaissance work on the mountains of Dabahneba, Matsantsri and Kadori,” the professor said.

According to him, at the present time, clearing works are being carried out on the site of a certain alleged burial site in the Zuzumbo area. A few days later, archaeological work will continue in three locations in Telavi.