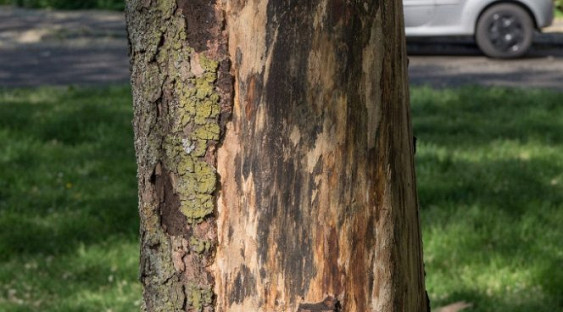 In Germany, in the territory of the federal state of Thuringia, scientists have discovered a very dangerous tree fungus for humans.

According to experts, it is capable of causing diseases of the respiratory system, which are difficult to bear not only by people, but also by animals. It’s about the form of Cryptostroma corticale.

Employee of the Thuringian Forest Institute Horst Shprossman noted that infection of the fungal spore leads to reflex cough, in addition, after a few hours a person’s body temperature rises. Spores of Cryptostroma corticale are spread by the wind and can enter the lungs through inhalation.

Complaints in patients appear about eight hours after contact with the pathogen. The first dangerous fungus was discovered in Germany in 2005 in the federal state of Baden-Württemberg.

Later he was seen in the land of North Rhine-Westphalia, as well as in Hesse. Cryptostroma corticale slices the bark of the plant, coloring the wood in black. In connection with the spread of the fungus, scientists urge local residents to take precautions when dealing with trees on which a dangerous fungus grows.