In Germany, found the remains of a piranha, devouring dinosaurs 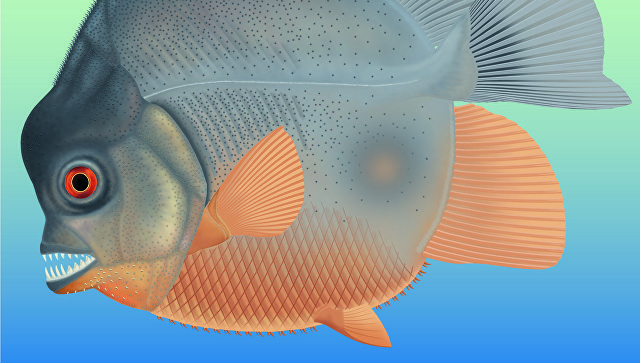 Scientists discovered in the territory of Bavaria the remains of one of the first piranhas of the Earth, whose teeth were adapted to peeling meat from the bones of fish, dinosaurs and other large animals of the Jurassic period. Her description was presented in the journal Current Biology.

“All members of this family of fish have very flat teeth adapted for crushing shells. Therefore, the discovery of piranha would be similar to if we would find a sheep whose jaws are decorated with wolf teeth. Even more surprising was its age – all the fish we know Jurassic period, swallowed prey entirely, and did not tear pieces from it, “- says Martina Köhlbl (Martina Koelbl) from the Jurassic Museum in Aichshtette (Germany).

Piranhas living in the waters of the Amazon and some other rivers in South America are considered the most aggressive fish on Earth. They never miss the opportunity to attack animals or birds, attacking prey in huge shoals and pulling pieces of meat from her body. Often, fish accompany their actions with a characteristic “croaking” or “barking”, which scientists were able to decipher the meaning of in October 2011.

As the excavations show, modern piranhas, despite their record-breaking bite, were dwarfed by comparison with their ancient relatives who lived in Amazonia about 10-8 million years ago. For example, megapiranhas (Megapiranha paranensis) could reach a length of 70 centimeters and their jaws were so strong that they could easily bite off a centimeter piece from the bone of a cow or other large animal.

Kelbl and her colleagues discovered a relatively small, but so far the oldest piranha on Earth, conducting excavations in the central regions of Bavaria, not far from the place where the remains of Archeopteryx, the oldest “first bird”, were found.

“We found in this region of Bavaria the imprints of the body of fish that lacked pieces of fins and other parts of the body. This is very similar to what injuries modern piranhas cause to fish – fins are known to grow back, which gives a kind of” inexhaustible “food source for these aggressive predators, “explains David Bellwood, a colleague of Köhlbl from James Cook University in Townsville (Australia). 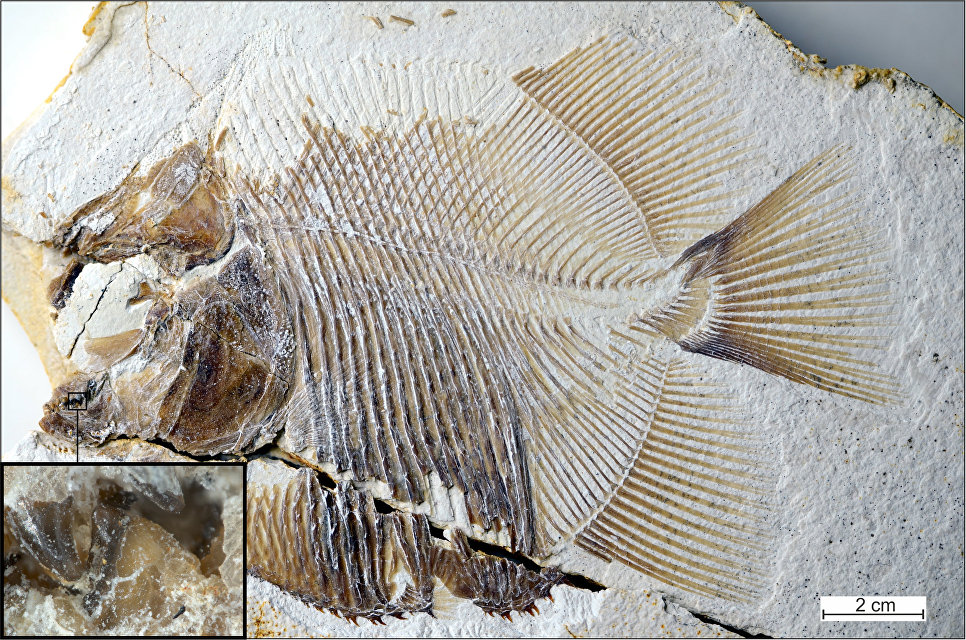 Two years ago, Bellwood came across an extremely unusual fossil found next to its alleged victims. In its appearance, it looked like fish from the order Pycnodontiformes, inhabiting shallow coral reefs and eating small crustaceans and mollusks.

Its owner, who received the name Piranhamesodon pinnatomus, did not quite fit into their company. Her jaws, as the fossil X-rays showed, were littered with five rows of sharp teeth that had a characteristic dagger-like shape found today among the Amazonian piranhas. The jaws themselves could not open wide, but at the same time they had a crazy bite force.

Scientists believe that these ancient “piranhas”, like their modern kin, got their own food, quickly and aggressively attacking larger and slower fishes and biting their fins, and not disdaining the carcasses of sea lizards and dinosaurs that died for some reason. reasons in the water.

Its discovery, as Bellwood notes, may indicate that the ancestors of the piranhas originally did not live in freshwater bodies of water, but in coral reefs, from where they could get to the Amazon and other rivers of South America.