In Germany, found the skeleton of a forest elephant 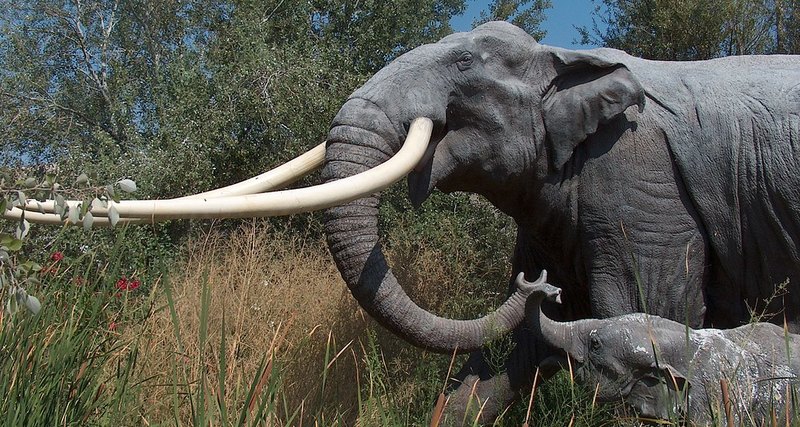 During excavations in a former coal mine near the lower Saxon city of Schöningen, archaeologists from the University of Tübingen were able to find almost a whole skeleton of a European straight-tusk forest elephant (Palaeoloxodon antiquus), who lived in this area in the middle Pleistocene.

Earlier, the remains of at least ten elephants have already been found here, but the whole skeleton was caught by scientists for the first time. Like all other finds made in the quarry, the skeleton is perfectly preserved. “We found tusks that are 2.3 meters long, the lower jaw, many vertebrae and ribs, bones from three legs, and even five hyoid bones,” says Dr. Jordi Serangeli, who led the excavation.

An elephant, or rather, apparently, an elephant about 3.2 meters tall at the withers and weighing 6.8 tons, died, presumably, 300 thousand years on the lake. She was already old enough – her teeth were badly worn – and probably the cause of death was age. “Old or sick elephants often stay close to water,” explains archaeologist Ivo Ferhayen.

Nevertheless, the corpse was then fairly eaten by predators – numerous bite marks on bones indicate this. People, however, also seized the opportunity – archaeologists discovered around the skeleton and between its bones about 30 fragments of flint. In addition, traces resembling tool punches were found on two bones, and scientists suggest that ancient hunters cut off meat, tendons and fat from the elephant’s corpse.

According to Dr. Serangeli, the corpses of elephants served as a rich source of food and materials for the Heidelberg man. The people themselves, most likely, did not hunt these animals – they could easily get easier prey. But they knew that elephants came to die on the shore of the lake, and used it.

Scientists call the Schoenningen coal mine a “first-class climate archive”, and among other things, some of the oldest remains of the tour in Europe, the remains of a water buffalo and three saber-toothed cats have already been found here.

Archaeologists claim that the climate in this area 300,000 years ago resembled that of today, but the fauna was much more diverse, and about 20 species of large mammals lived in the area of ​​the local lake – not only elephants and saber-toothed cats, but also lions, rhinos, wild horses and bears . “The variety of species was comparable to today’s Africa,” Serangeli says.