In Germany they plan to include “the largest artificial Sun” 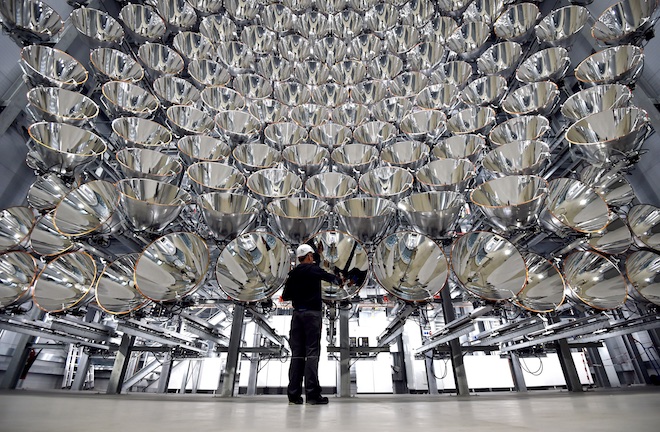 The researchers expect to conduct an experiment that will generate a temperature of 3500 degrees Celsius and produce carbon-neutral fuel. So, German scientists want to ignite “the world’s largest artificial Sun” in the hope that an intense light source can be used to create favorable conditions for the development of a climate that is safe for climate.

Experiment “Sunlight” is held in Jülich, which is 30 kilometers west of Cologne. The installation consists of 149 floodlights, which emit light about 10,000 times greater than the natural sunlight that hits Earth. When all the lamps are turned so that the whole light is concentrated at one point, the device can generate a temperature of about 3500 degrees Celsius – two to three times higher than the temperature of the blast furnace. 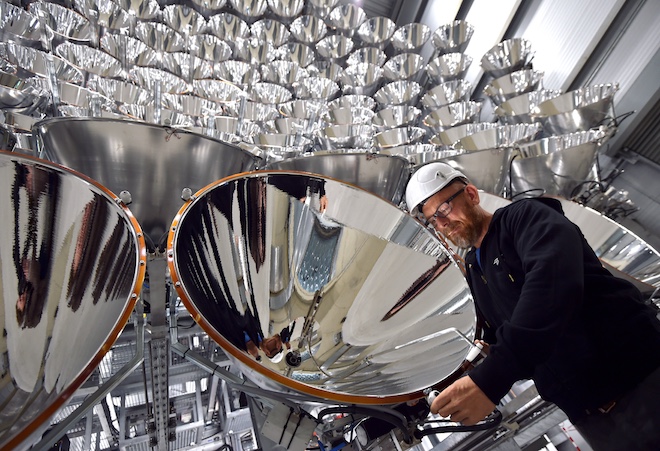 The aim of the experiment is to develop an optimal plant for concentrating natural sunlight to provide a reaction for obtaining hydrogen fuel.

The purpose of the experiment is to develop optimal conditions for the concentration of sunlight that can provide hydrogen fuel. Solar power stations that use mirrors to focus sunlight on water are already well known. They work at the expense of solar heat, producing steam, which causes the turbines to rotate and produce electricity.

Experiment “Sunlight” is exploring the possibility of using such an installation to feed the reaction of hydrogen evolution from water vapor, which can then be used as a fuel source for airplanes and cars.

“Sunlight” is a huge amount of energy. Four hours of operation of the plant consumes energy, sufficient for the life of four people during the year. However, scientists expect that in the future they will be able to use natural sunlight to produce hydrogen by a neutral-carbon method.

“We will need billions of tons of hydrogen if we want airplanes and cars to move on eco-friendly fuel. Climate change is gaining momentum, so today it is important to accelerate the search for new techniques, “explains Professor Hoffschmidt.