In Germany, traces of violence against immigrants during the Neolithic period were found 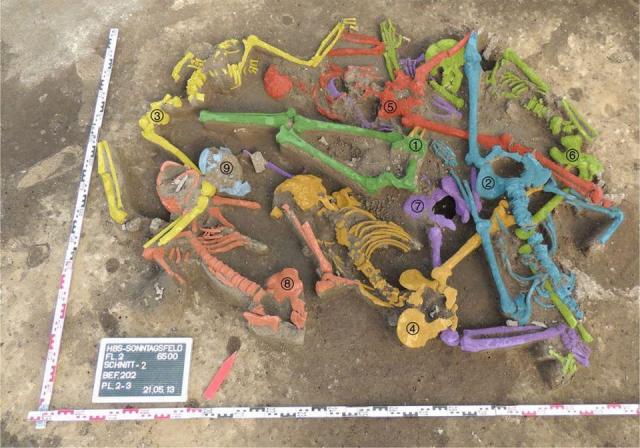 Neolithic culture, whose representatives were engaged in agriculture, was associated with a quiet, quiet life, but new findings indicate that this is not so. In Germany, a mass grave was discovered, pointing to the practice at the time of the massacre of “immigrants”.

A grave with 9 skeletons was found in 2013 during construction works in the city of Halberstadt, according to Nature. The burial was next to the famous Neolithic settlement, which was associated with the Linearbandkeramik culture, which existed 5,500-4,900 years BC.

Archaeologists believe that the representatives of Linearbandkeramik were among the first people in Europe who mastered agriculture.

In the grave were found seven skeletons of adult men, the skeleton of one young man and the skeleton of a girl. In the burial there were no traditional offerings, and the bodies themselves seemed to be simply dumped in a pit. 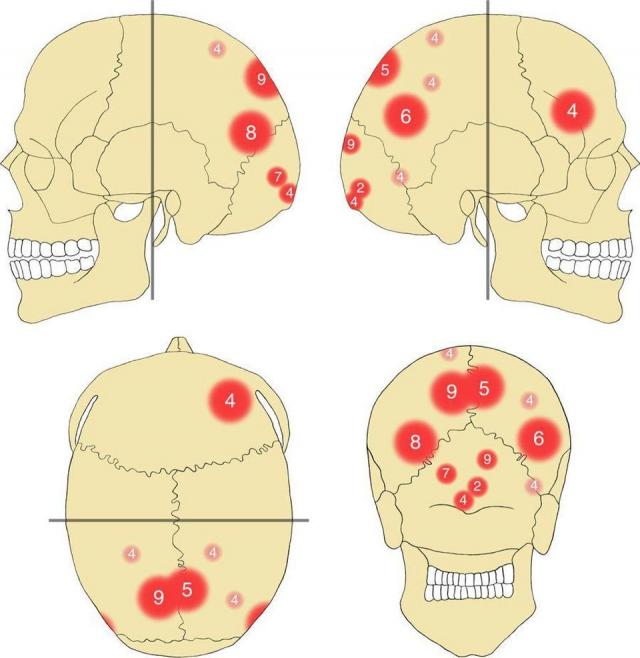 During the study of the remains, archaeologists found traces of at least one blow to the head of each of the seven people with surviving skulls. One of them had two injuries to the skull, and the other had at least five. According to experts, one can say with almost complete certainty that these blows have caused death of people.

Scientists conducted an isotope analysis of teeth and bones of six dead. It turned out that five out of six were not local. The analysis showed that the diet of these people differed from the diet of local residents. It is possible that cannibalism practiced in this and other neighboring regions, the researchers say.

The exact reason why people were killed is still a mystery. Most likely, the locals considered them outsiders.