In Germany, will test a flying taxi 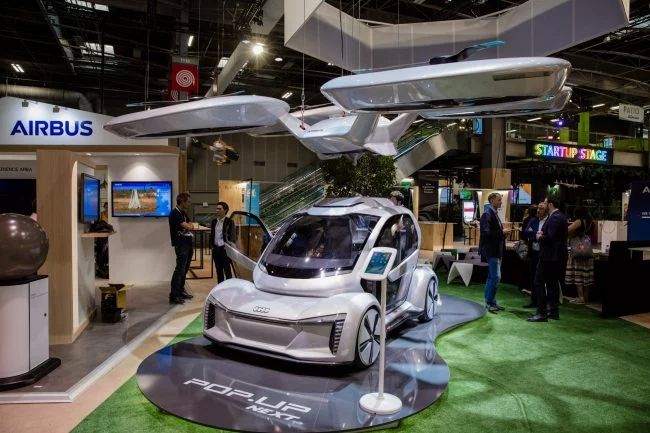 The country famous for its highways and comfortable cars wants to reach a new technological level. Chancellor Angela Merkel’s government has approved the Urban Air Mobility project, in which Audi and Airbus SE are going to test a flying taxi in the German city of Ingolstadt, Bloomberg reports. The ultimate goal is to pave the way for a new transport era.

“Flying taxis are no longer fiction. They will allow us to reach a new level of measurement and mobility. They will open huge opportunities for both established companies and start-up startups, who are already developing this technology and are achieving certain successes, “said the head of the German Transport Ministry Andreas Scheuer.

The technology of flying cars is actually much closer to reality than many might think. At the Geneva Motor Show in March this year, Audi and Airbus presented an updated concept for the ultra light, compact Pop.up Next car, created in collaboration with Italdesign. The prototype is designed for two people. Feature of the novelty, if you do not take into account the futuristic view, is the ability to connect the system of the drone, which turns it into a flying vehicle.

The cockpit of the prototype is equipped with a huge 49-inch display, serving both as a dashboard, and as a system for informing passengers. All management of the vehicle is entrusted to an autonomous system capable of perceiving gestures and speech commands.

Member of the Board of Directors of Audi and president of the company Italdesign Bird Martins described the concept of Pop.Up Next as “an ambitious view that can forever change our urban life in the future.”

Audi CEO Bram Shot commented that the tests of the concept will be a new challenge for “vertical mobility” and added that “in the future such concepts as Pop.Up Next will make it possible to move quickly and cheaply to people in cities, while reducing the number of ground traffic jams” .

The overall complexity will certainly make even the best engineers working on this project sweat. Nevertheless, the movement towards the next phase of implementation can not but rejoice.