In Great Britain, found 17 burials from the time of ancient Rome with decapitated bodies 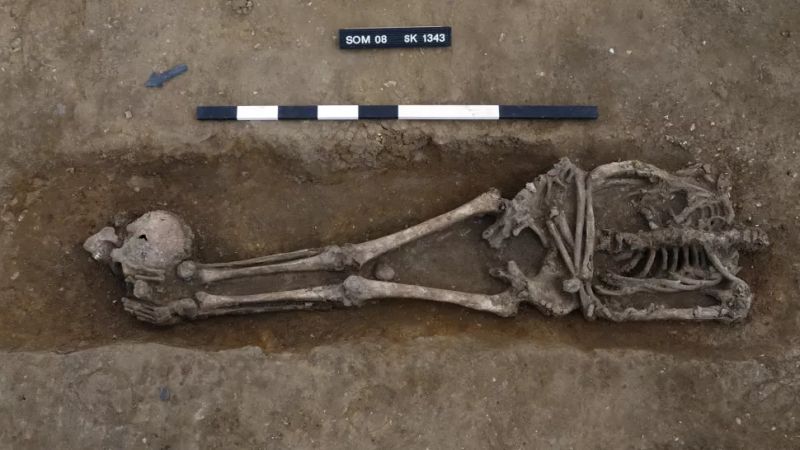 52 skeletons, including 17 decapitated bodies about 1,700 years old, have been found in three Roman cemeteries at the site of the Nobb farm in Cambridgeshire. Archaeologists who excavated believe that people were executed for violating Roman laws.

Among the killed people were nine men and eight women over the age of 25. In most cases, the heads of the executed were buried next to their feet, and various funeral items, mainly ceramics, were placed in place of the head.

The researchers note that the number of crimes punishable by the death penalty in Roman law rose sharply in the 3rd and 4th centuries – around the same time when these people were buried.

Surviving archaeological evidence suggests that the Roman military used the Nobb farm as a supply center, so it is easy to assume that they punished severely for any violations.

“During the third and fourth centuries, the punishments prescribed by Roman law steadily became more severe. The number of crimes involving the death penalty increased from 14 at the beginning of the 3rd century to about 60 after the death of Constantine in 337 AD, ”the authors of the study.

Despite the fact that these people were executed, they were buried with care and according to the rules of the time. A rich collection of grave goods was found next to one of the beheaded women. She was buried with two vessels and a beaded necklace.

“According to Roman law, family and friends could demand that the body of an executed criminal be returned for burial,” the article says.

The executed people, most likely, were not slaves, since “slaves had no status” and, most likely, they would not have been given a proper burial, let alone coffins and grave goods, the researchers note.

Scientists note that most of the burials with executed people of that period are found in Great Britain. However, there is no clear explanation for this.

According to Judith Evans Grubbs, professor of Roman history at Emory University in Atlanta, women in the Roman Empire were often targeted for accusations of witchcraft and adultery, which the Romans could view as serious crimes.