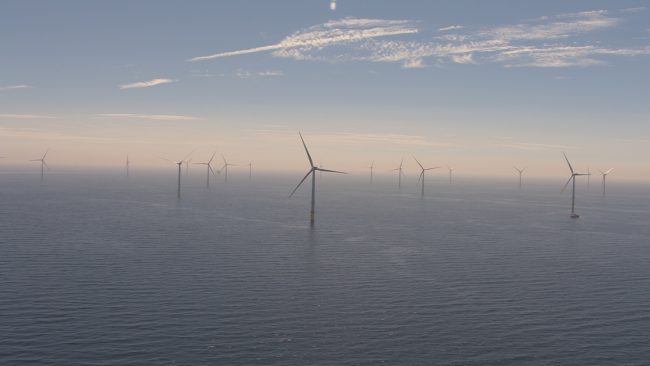 Near the coast of Cumbria, in the north-west of England, the world’s largest wind power plant has been operating. The new wind farm was launched due to fears that the UK exit from the European Union could have a negative impact on the development of the energy sector. The capacity of Walney Extension, the largest wind power plant in the world, is 659 megawatts. The energy it generates is enough to feed 590,000 homes.

The wind farm occupies an area equivalent to 20,000 football fields (approximately 142,000 m2) and operates on the basis of 87 wind turbines.

“The UK is the world leader in coastal wind power generation and the launch of Walney Extension only proves this once again,” commented Matthew Wright, managing director of the British division of the Dutch company Ørsted, who developed the project for this wind farm.

“The project was fully commissioned, did not go beyond the calculated budget and represents another important step for Ørsted in its quest to transfer the world to renewable energy sources.”

Despite the fact that Walney Extension is currently the largest wind power plant in the world, this title will not last long. In 2020 in East Anglia, it is planned to complete the construction of another wind power station East Anglia One, whose capacity will be 714 MW. Construction will be undertaken by ScottishPower. Another project of the company Danish Ørsted, Hornsea Project One, involves the construction of a 1200 MW power plant. In addition, a 1800 MW power plant is also planned off the coast of Yorkshire. The station should earn somewhere in 2022. According to experts, it will be able to feed up to 1.8 million homes.

According to the latest data, wind power plants produce almost 1/10 of all the UK’s electricity consumed.