In Greece, found the burial place of the Mycenaean civilization 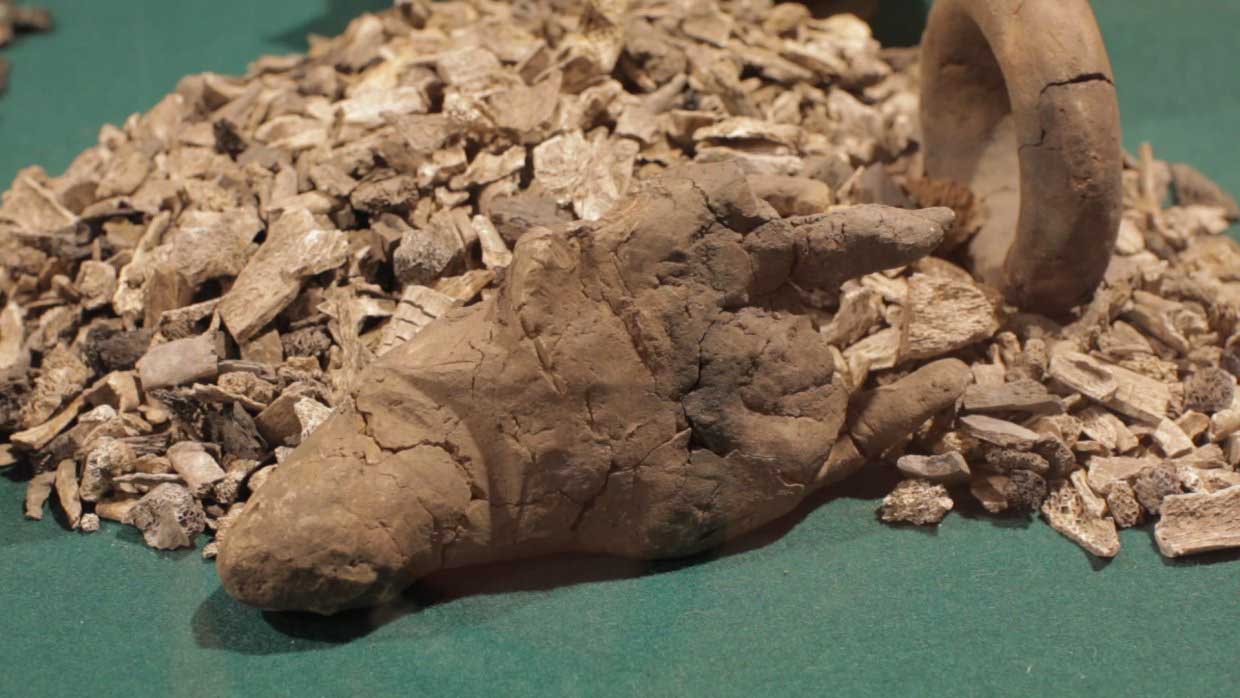 This find can help to better know the funerary traditions of those times. Archaeologists have found the oldest burial, which is of great importance for studying the burial culture in antiquity.

In the area of ​​the Greek city of Orhomen, a large burial site dating back to the times of the Mycenaean civilization was discovered, made around the 14th century BC. This find can help to better know the funerary traditions of those times.

The uniqueness of this burial is that previously it was not found and plundered by anyone, and all the funeral gifts left to the deceased remained untouched. Archaeologists have already found some items of Mycenaean civilization – clay vessels, arrows, ornaments and funeral seal.
Scientists have found there an interesting for science burial of a man of 40 or 50 years.

He was buried next to clay vessels, horses, arrows, pins, ornaments, combs, a prison ring and a seal ring. According to the conjectures of scientists, this rich man came from neighboring Orkhomenos. Orhomenos and Thebes were two of the most important centers of the Mycenaean period.

Exhibits and grave gifts from other tombs in this area are represented in the archaeological museum of Thebes. The opening was the result of cooperation between the Greek Ministry of Culture and the British school in Athens-Cambridge University. The detected objects will now be studied to find out whether there can be found any more secrets of the past.

The discovery was made thanks to the close cooperation of the Greek Ministry of Culture and the archaeological institute of the British School in Athens.