In humans, found the organs of ancient creatures 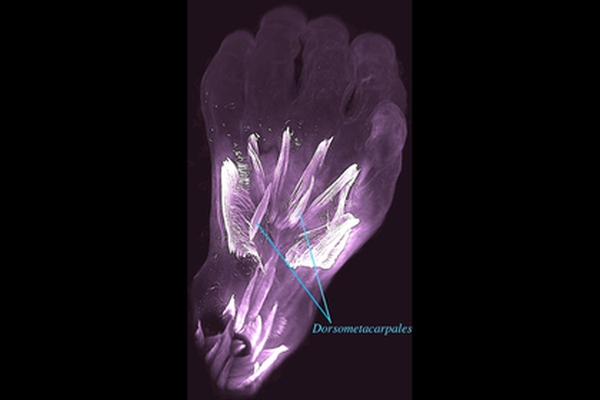 Evolutionary biologists at Howard University in the United States have shown that atavistic muscles, which are present in the extremities of many animals but are absent in adults, arise and disappear during the development of the human embryo. These same muscles disappeared from the ancestors of man who lived hundreds of millions of years ago. This was reported in a press release on Phys.org.

Scientists have shown that at the 7th week of pregnancy, 30 muscles are present in the arms and legs of the human fetus, one third of which disappears or merges with each other after 13 weeks. Some of the vestigial muscles that appear only during intrauterine development have not been described so far. In addition, atavisms are also seen in embryos at the age of 11.5 weeks, which is unusually late for vestigial structures.

The presence of temporary muscles, for example, dorsometacarpales, reflects the evolution of human ancestors since the transition of synapsid reptiles to mammals 250 million years ago. However, in rare cases, they are observed in adults. The cause of the anomalies may be congenital malformations associated with the delay or stop of individual processes during embryonic development, when programmed cell death does not occur.