In India flourished the largest flower in the world 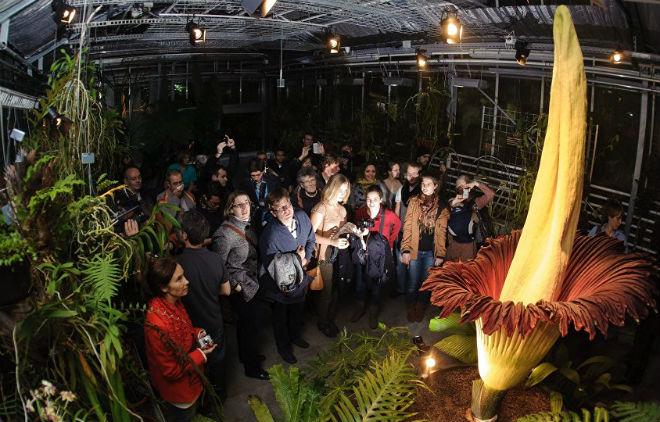 In the southern Indian state of Kerala has blossomed the largest flower in the world, life expectancy is only 48 hours.

To admire the flowering of the Amorphophallus titanum, better known by his fetid smell, like “corpse flower”, Botanical reserve Gurukula in Latille near the town of Peria in the North of Kerala attracts hundreds of tourists.

Amorphophallus titanum was first discovered in West Sumatra, Indonesia in 1878 by Italian botanist beccari, Odoardo, and immediately received worldwide attention because of its huge size, appearance and rancid smell. In recent times in the Indian state of Kerala this rare flower was dismissed nine years ago.