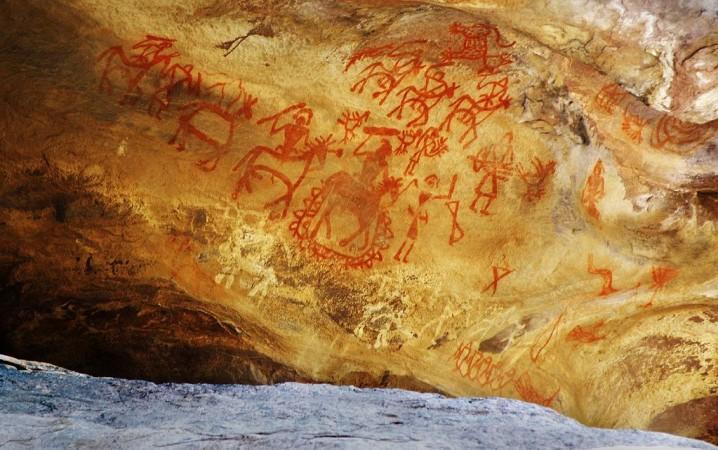 Foreign archaeologists within the excavations in India found unique rock paintings, whose age exceeds 10,000 years. Noteworthy is the fact that they have captured flying saucers, as well as aliens in space equipment.

Scientists suggest that people living in this area about 10,000 years ago could first encounter a UFO, so they decided to make rock paintings to show what they saw. For example, especially scratched figures of aliens dressed in costumes, similar to modern space attire, stand out. In addition, it is worth highlighting a flying saucer with antennas and several “legs”.

Since the images are made in natural tones, for such a long period of time they are almost not damaged. It is possible that the ancient people saw the aliens in their imagination, the researchers concluded.