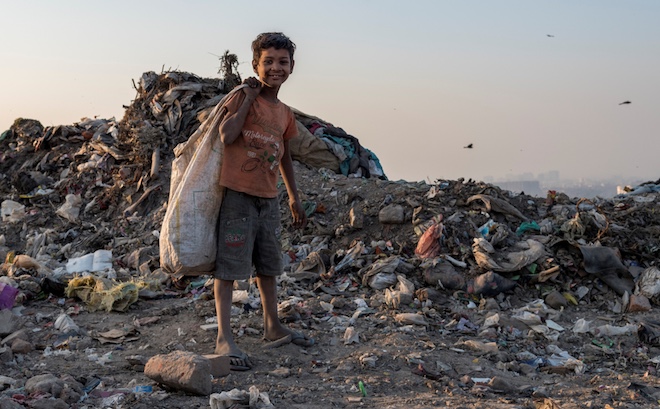 In India, recycled plastic is used for road construction. Only in 2017, from plastic debris in the country, 100 thousand km of roadbed were laid.

Many Indian states take part in the project. In the state of Kerala, local fishermen became the most active participants in the program. Plastic waste has long been a significant part of their catches, and the creation of a plastic recycling center in the state has been an excellent solution for recycling ocean debris.

For fishermen such a center – the possibility of additional earnings. Since early 2018, 5,000 project participants have delivered more than 65 tons of plastic debris to the center.

In the center, the plastic is ground and melted at a temperature of about 170 ° C. Hot bitumen is added to the substance, and the resulting substance is laid as asphalt.

Recycling of plastic is one of the most urgent problems of the planet. A possible breakthrough in the fight against plastic contamination – the discovery of an enzyme that can digest plastic – was made by a team of scientists from the United Kingdom and the United States in April 2018.